Looking for a new menorah? 2 of Elizabeth Taylor’s are up for sale. 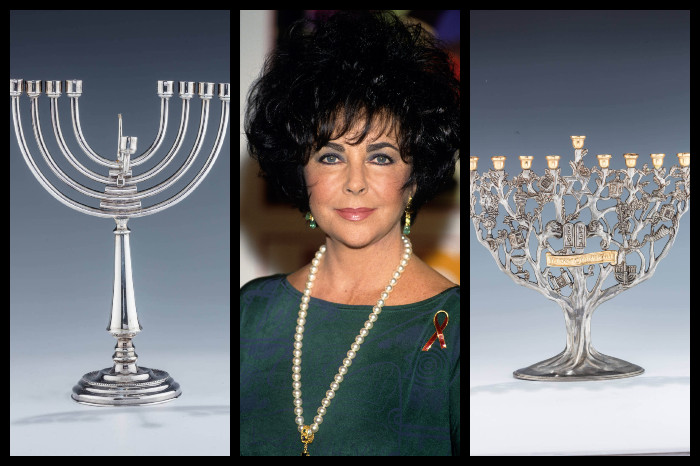 (JTA) — If you want to illuminate a piece of Hollywood history next Hanukkah, here’s your chance: Two menorahs used by the movie star Elizabeth Taylor are up for auction next month.

Taylor became one of Hollywood’s most prominent Jews after she converted in 1959 before marrying singer Eddie Fisher. While the marriage did not last (Fisher was Taylor’s fourth husband; she would famously marry another four times after him), her commitment to Judaism did. She also became an outspoken advocate for Israel; one of the menorahs for sale was a gift from the country from her head of security, according to J Greenstein’s website.

The auction includes a wide range of Jewish ritual objects and memorabilia, including a 19th-century circumcision set from Italy (with an estimated sale price of over $25,000), a 1920 menorah made in Jerusalem that could reach nearly $50,000 and the original passport of early Zionist leader Ze’ev Jabotinsky. The auction house is also selling off materials about Alfred Dreyfus and Theodore Herzl collected by attorney Alan Dershowitz.