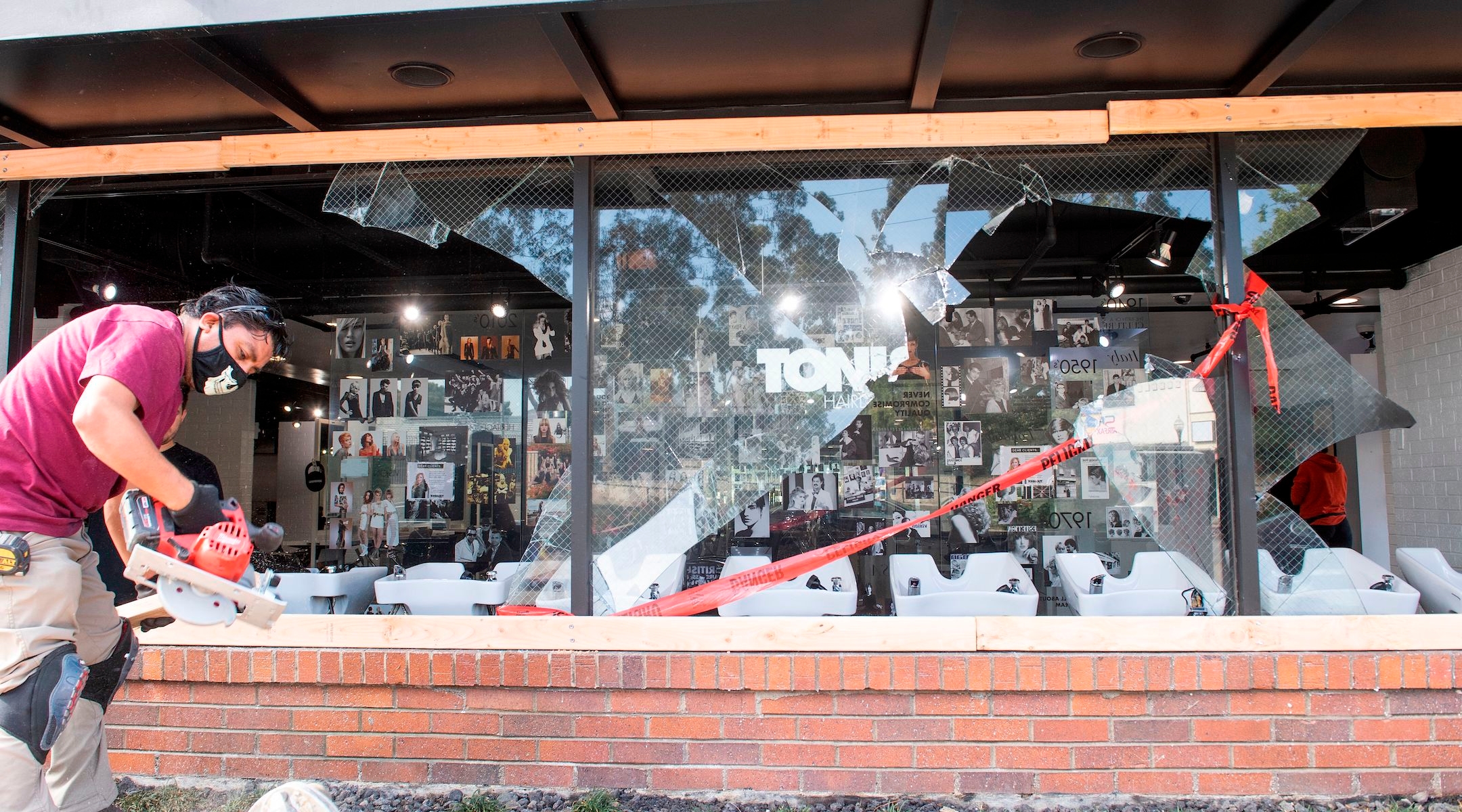 Workers repair a store on Fairfax Avenue in Los Angeles damaged during protests over the killing of George Floyd, May 31, 2020. (Valerie Macon/AFP via Getty Images)
Advertisement

(JTA) — Until last week, Los Angeles’ Jewish Free Loan Association was busy doling out financial support to locals who were struggling because of the coronavirus crisis.

Now, the group is making loans available to people hit hard by another crisis: the aftermath of protests responding to the police killing of George Floyd.

The city’s Jewish community has been hit particularly hard by the protests. The Jewish Journal and Haaretz reported that several Jewish-owned businesses, restaurants and synagogues were damaged, looted and vandalized with hateful spray paint.

Much of that happened in L.A.’s Fairfax district, historically home to a large Jewish community and many Jewish businesses — including the famed Canter’s deli. But demonstrations have taken place elsewhere in the city and county as well.

The Jewish Free Loan Association, an L.A.-based organization founded in 1904, announced Monday that it is offering interest-free loans of up to $18,000 to all residents of Los Angeles and Ventura Counties. “Looting loss loans available immediately,” read the subject line of an email sent to subscribers, which explained that the funds could pay for “debris cleanup, graffiti removal, construction needs, inventory replacement and more.”