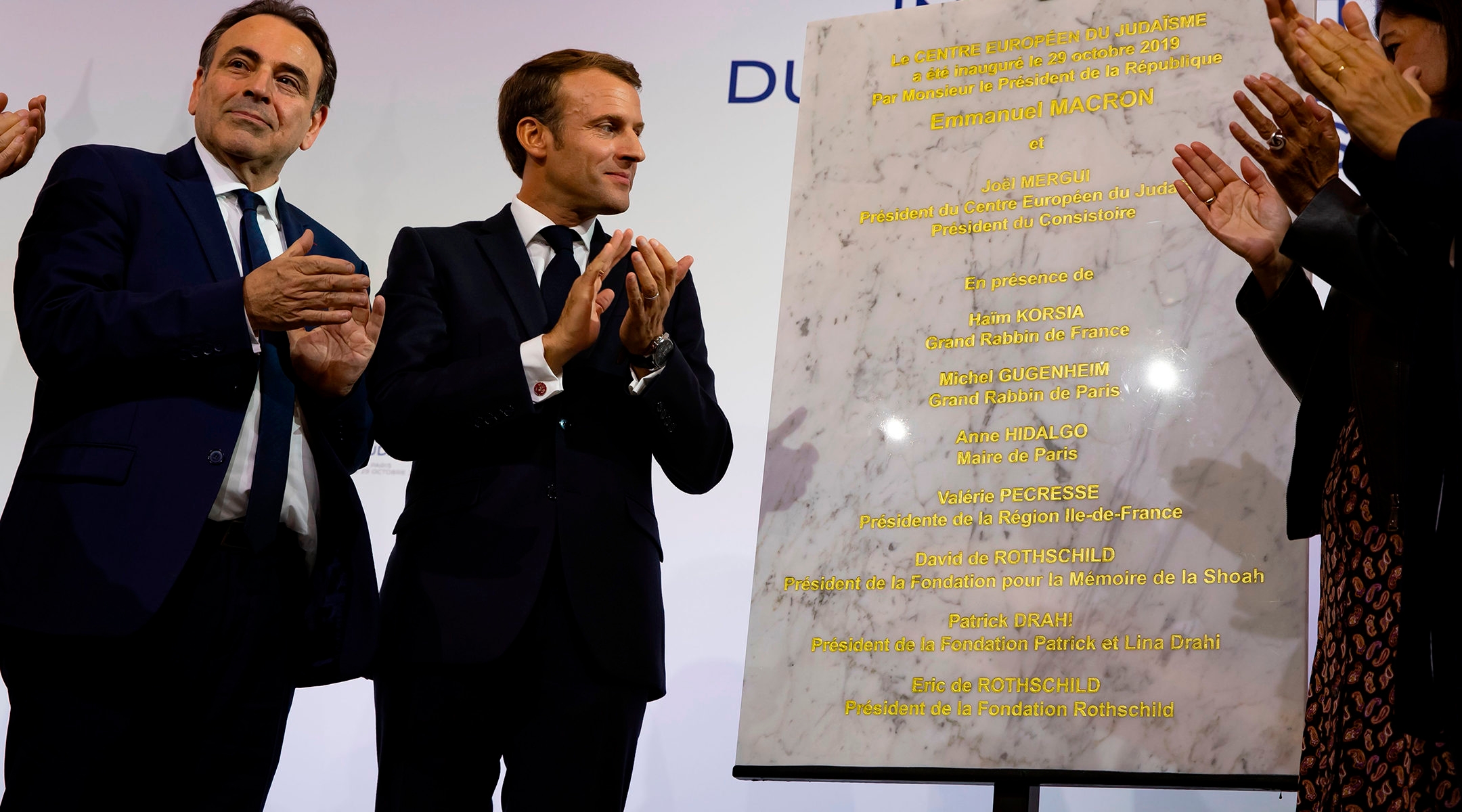 The European Center for Judaism was opened on Tuesday, “amid painful times of terrorism and anti-Semitism,” said Joel Mergui, the president of the Consistoire organization, which is responsible for religious Orthodox life in France.

It’s an expression of resistance, a desire to reanimate our community, for it to shine and open to the neighborhood, Paris and Europe,” Mergui added.

Situated on Jerusalem Square in the affluent and heavily-Jewish 17th arrondissement of the French capital, the new center has about 54,000 square feet of floor space, including a synagogue with 600 seats and an auditorium with a black marble interior and the same number of seats, among other amenities. The center also includes a gym, offices and a large terrace to accommodate a sukkah.

At least 37,000 of approximately 173,000 people living in the arrondissement, or district, are Jewish, according to the district’s mayor, Geoffroy Boulard.

About a third of the new center’s cost came from private donations, Le Parisien reported. The rest came from municipal and government subsidies and sponsorships by firms and nonprofit groups.

The City of Paris agreed to give the expensive piece of land to the Jewish community for the project more than 20 years ago. Construction began in 2015 and had initially been scheduled to end by 2018. Construction workers rushed to apply the finishing touches hours before the opening.