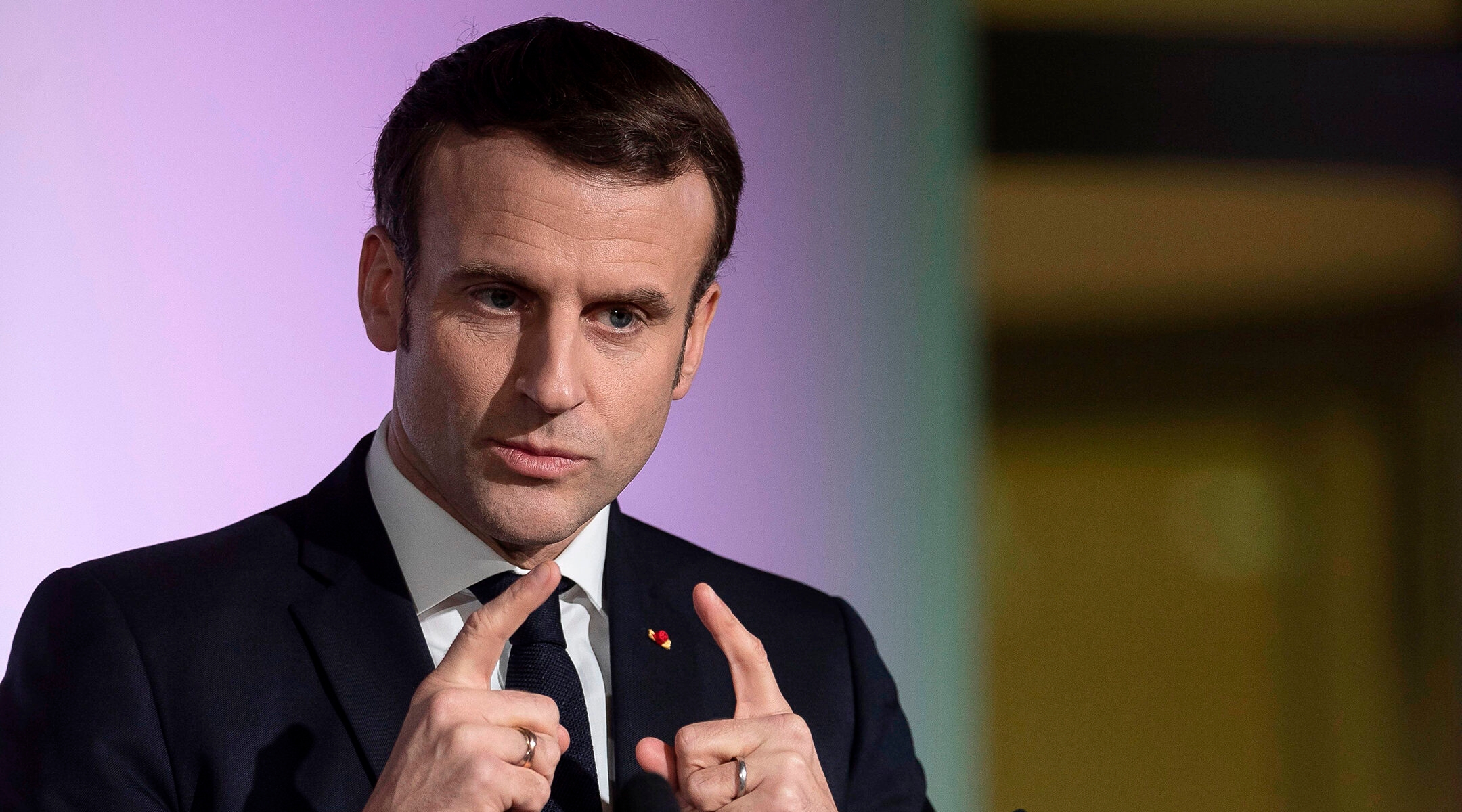 (JTA) — After a man who killed his Jewish neighbor successfully pled that he was unfit to stand trial because of what a court called a marijuana-induced psychotic episode, French President Emmanuel Macron is calling for a change in his country’s legal system.

“Deciding to take narcotics and then ‘going mad’ should, not in my view, remove your criminal responsibility,” Macron told the Le Figaro newspaper in an interview published Sunday. “I would like the justice minister to present a change in the law as soon as possible.”

A high court recently ruled that the killer Kobili Traore should not stand trial for beating Sarah Halimi to death and throwing her out the window of her third-story apartment in 2017.

The CRIF umbrella group of French Jewish communities called it a “miscarriage of justice.” The founder of the National Bureau for Vigilance Against Anti-Semitism, a communal watchdog known as BNVCA, said he “no longer had full confidence that anti-Semitic hate crimes in France are handled properly.”

Traore, who is Muslim, called Halimi “demon” as he hit her for more than 30 minutes and shouted about Allah, witnesses said. After defenestrating her, he shouted: “A lady fell out the window” and tried to escape but was detained nearby. He was placed in a psychiatric facility and may be released if deemed no longer dangerous.