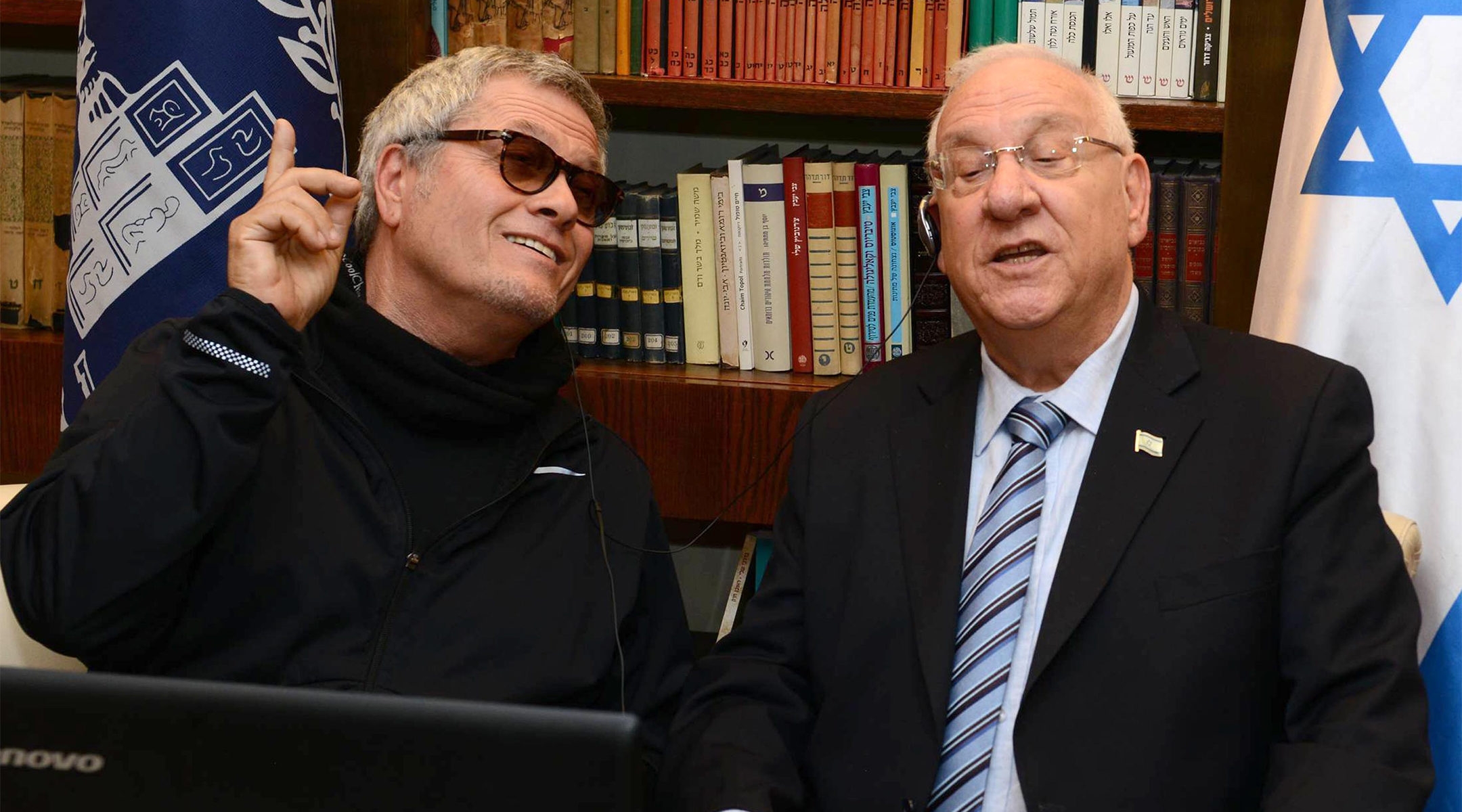 Shlomo Artzi, left, and Israeli President Reuven Rivlin sing together, April 13, 2015. (Courtesy of the Spokesperson of the President of Israel)
Advertisement

JERUSALEM (JTA) — A charity concert to benefit an Israel-based medical support organization was canceled following a public outcry over its exclusion of female performers.

Firer requested the canceling of the Nov. 20 event in a letter to the director of Ezra LeMarpe on Monday.

“I draw my strength from Jewish law, I am proud of my lifestyle and cling to my life mission: saving lives, and loving others and those who are different,” he wrote, according to Channel 12.

The concert at Tel Aviv’s Charles Bronfman Auditorium was organized as a benefit for the 40-year-old charity, a nonprofit medical support organization that has helped save thousands of lives, often at no cost to the patient and without regard for gender, religious observance or nationality. President Reuven Rivlin was slated to attend the show featuring performances by the Israel Philharmonic Orchestra and Harel Skaat, who represented Israel at the 2010 Eurovision song festival, among others.

The orchestra pulled out of the concert, as did Artzi’s lead accompanying guitarist and several other artists. Artzi himself wrote on Facebook that he plans to do “whatever is possible to change Rabbi Firer’s mind.”