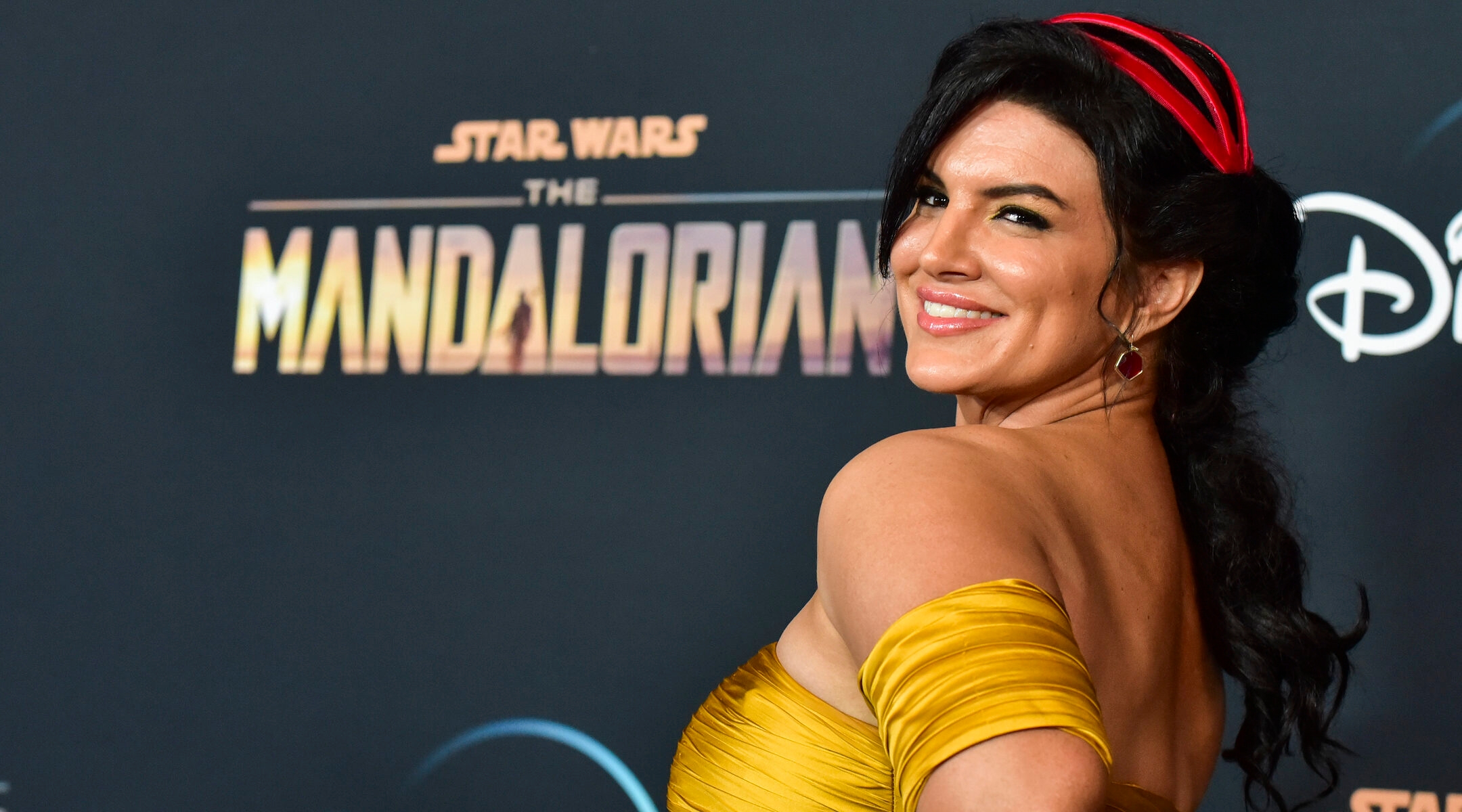 Gina Carano at the premiere of "The Mandalorian" in Los Angeles, Nov. 13, 2019. (Rodin Eckenroth/FilmMagic/Getty Images)
Advertisement

(JTA) — Gina Carano, an actress who starred in the first two seasons of the Disney+ “Star Wars” spinoff hit “The Mandalorian,” was kicked off the series on Wednesday after posting an image on social media that compared being conservative today to being a Jew during the Holocaust.

In an Instagram story, Carano wrote: “Jews were beaten in the streets, not by Nazi soldiers but by their neighbors … even by children.

“Because history is edited,” she continued, “most people today don’t realize that to get to the point where Nazi soldiers could easily round up thousands of Jews, the government first made their own neighbors hate them simply for being Jews. How is that any different from hating someone for their political views?”

Lucasfilm released a statement Wednesday saying that Carano will no longer be part of the show, and that “her social media posts denigrating people based on their cultural and religious identities are abhorrent and unacceptable.”

Carano, a former mixed martial arts fighter, has drawn ire for past social media posts, including some that mocked wearing masks to prevent the spread of COVID-19 and advanced conspiracy theories about the 2020 presidential election.