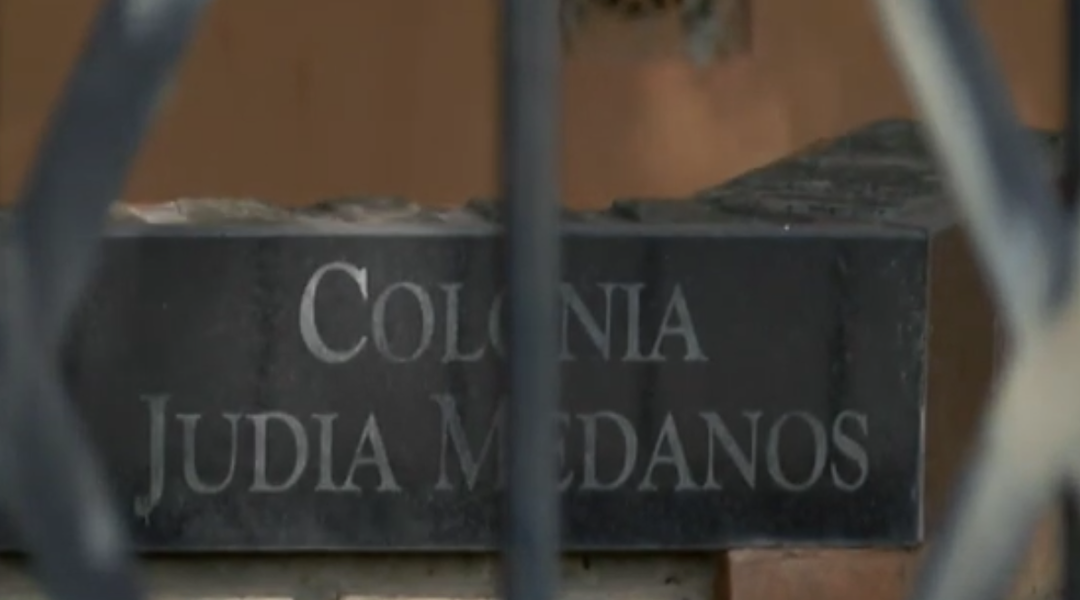 A plaque on the Sinagoga Medanos. (Screenshot from YouTube)
Advertisement

BUENOS AIRES, Argentina (JTA) — Police seized two pots of marijuana plants from the courtyard of a historic synagogue in Medanos, a small village in the Buenos Aires province.

Medanos, once the rural home of about 100 Argentine Jews, is in the Villarino district. Villarino Mayor Carlos Bevillacua said the synagogue was not responsible in any way for the marijuana seized last week and that people took advantage of the empty space, which was closed during the coronavirus pandemic.

The synagogue, built between 1913 and 1915, is designated a heritage site and was in the process of being turned into a museum before the pandemic struck earlier this year.

A local Argentine TV station made a video report about the synagogue in January.