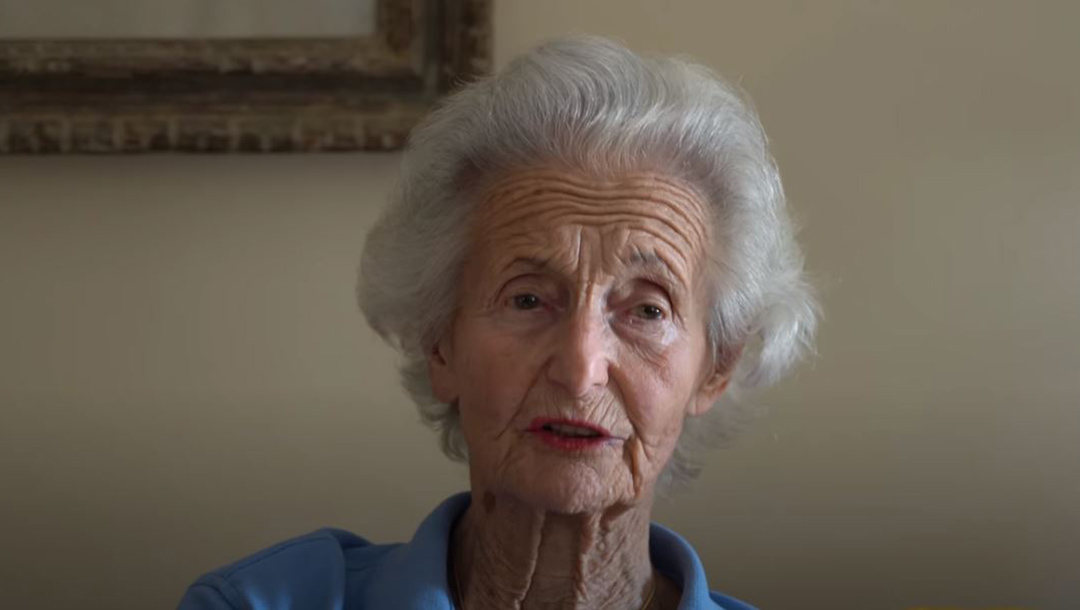 Martha Nierenberg tells about her family history in a 2018 interview. (Patty Black/YouTube)
Advertisement

(JTA) — Martha Nierenberg, a former biochemist and furniture designer who survived the Holocaust in Hungary and fought for restitution there, has died at 96.

Nierenberg died in her sleep on June 27 at a senior living facility in New York, the New York Times reported on Thursday

Nierenberg, who survived the war by hiding in a Roman Catholic hospital, made it to the United States with her mother in 1945. She was born into one of Hungary’s wealthiest families, according to the Times.

Among the family possessions that were plundered by the Nazis and their Hungarian collaborators were some 40 paintings worth millions of dollars. The paintings are still in the possession of the Hungarian state, which has been fighting for the past 30 years against restitution claims filed by Nierenberg. Her family will continue the fight after her passing, they told the Times.

In the United States, Nierenberg set off on a career as a scientist and researcher at MIT and the Rockefeller Institute for Medical Research in New York. She worked as a biochemist and spoke six languages. In 1954, she and her late husband, Theodore Nierenberg, founded the Dansk Designs housewares company, which brought Scandinavian tabletop design to the United States with sculptural, colorful tableware and cookware.