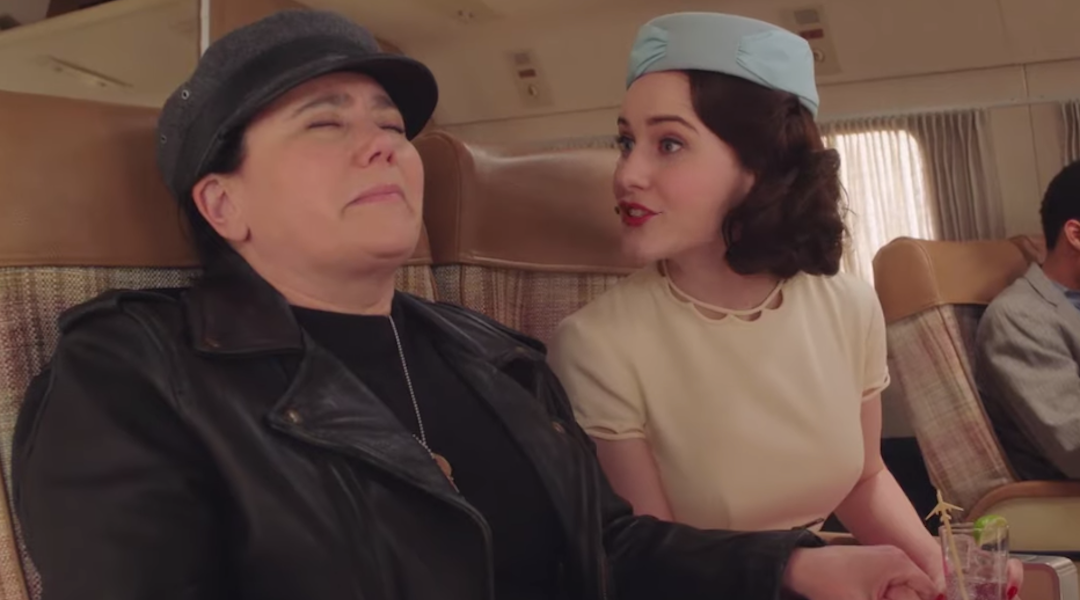 Alex Borstein, left, and Rachel Brosnahan in the third season of "The Marvelous Mrs. Maisel." (Screenshot from YouTube)
Advertisement

(JTA) — Alex Borstein of “The Marvelous Mrs. Maisel,” recalled her Holocaust survivor grandmother’s courage in defying the Nazis at the Emmy Awards.

Borstein, who won the best supporting actress award for her portrayal of Midge Maisel’s manager Susie Myerson, dedicated her award on Sunday night to her grandmother and mother, both survivors and immigrants to the United States.

“My grandmother turned to a guard, she was in line to be shot into a pit, and she said, ‘What happens if I step out of line?'” she recalled. “And he said, ‘I don’t have the heart to shoot you, but somebody will.’ And she stepped out of line. And for that I am here and for that my children are here.”