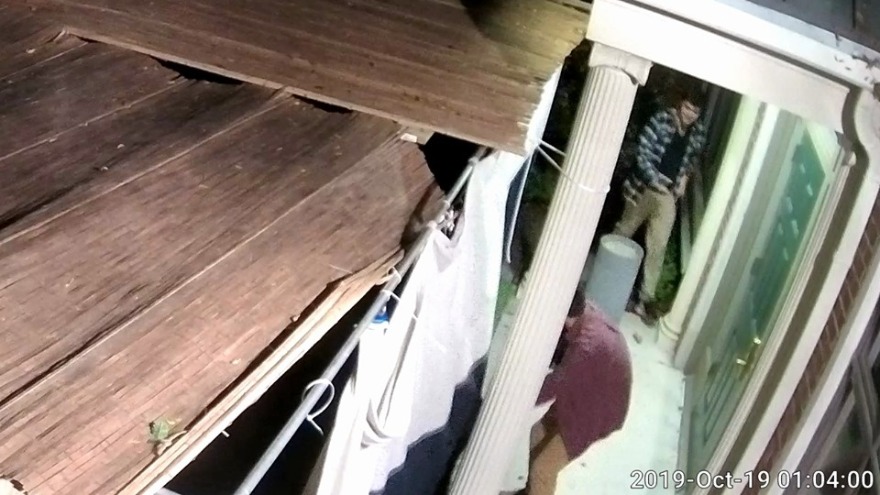 Footage from the Michigan State University Hillel posted on its Facebook page show the alleged vandals enter its sukkah.
Advertisement

Hughey said that when she checked on the sukkah on Monday morning it appeared to be falling down. But on closer inspection, she said, “I noticed that it was more than just falling down — it looked like it had been totally decimated,” Hughey said.

She filed a complaint with the East Lansing Police Department, and posted photos of the alleged vandals taken from the footage on the MSU Hillel Facebook page to try and identify the men.

The damage was inflicted early on Saturday morning, according to the timestamp on the footage. The vandals appeared to be drunk.

A post on the Hillel Facebook page on Tuesday thanked everyone for “your overwhelming support and love.” It added that with the help of several tips the suspects may have been identified.

“East Lansing is a wonderful, inclusive and welcoming community. We know that the actions of these two individuals do not reflect our students’ values and beliefs. Thank you again for your support and we will keep you updated as we learn more,” the post also said.