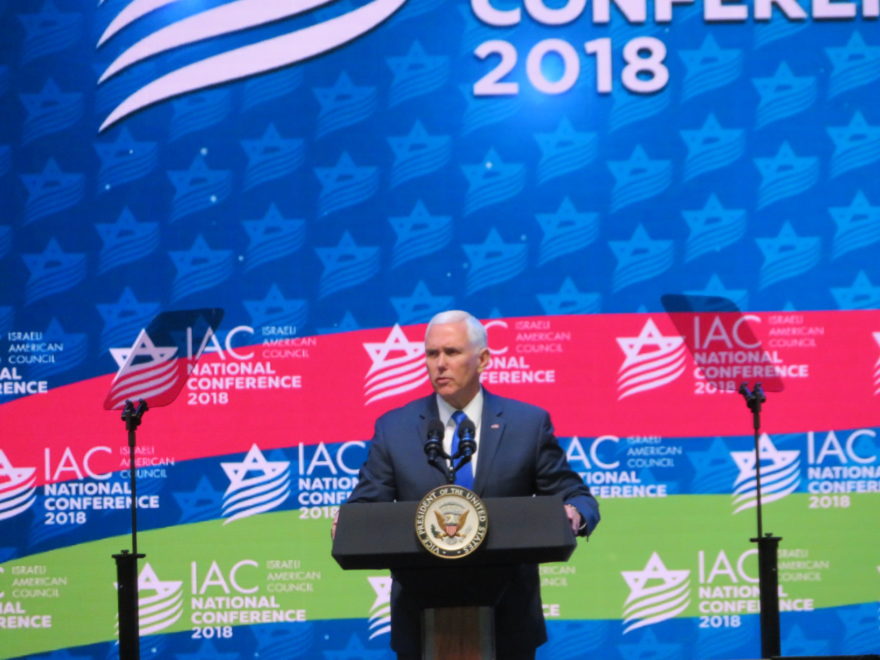 WASHINGTON (JTA) — Vice President Mike Pence will attend a conference on the Holocaust in Israel.

The White House announced Wednesday that Pence and his wife, Karen, would attend the Fifth World Holocaust Forum at Yad Vashem, Israel’s Holocaust memorial, in Jerusalem on Jan. 23.

This year’s conference coincides with the 75th anniversary of the Allies’ liberation of Auschwitz. Haaretz quoted Israeli officials as saying that Nancy Pelosi, the speaker of the U.S. House of Representatives, also would attend. Pelosi’s office would not confirm the travel.

Daniels said the State Department would honor the Holocaust rescuers this year.

“These types of themes can show that for people like those who resisted and those who tried to rescue their fellow citizens at great risk to themselves, kept their humanity during the darkest of times,” she said.

Carr said the United States would seek to add countries to those adopting as policy the International Holocaust Remembrance Alliance definition of anti-Semitism. The definition includes Holocaust denial and certain forms of anti-Israel activity.

He also said the U.S. would press countries to combat anti-Semitism, including on social media, and to secure their Jewish communities.

“Anti-Semitism is on the rise and the stakes are high, but I want to stress that there’s also good news,” said Carr, who is Jewish. “There are many leaders around the world who are genuinely appalled by rising anti-Semitism and are committed to this fight.”