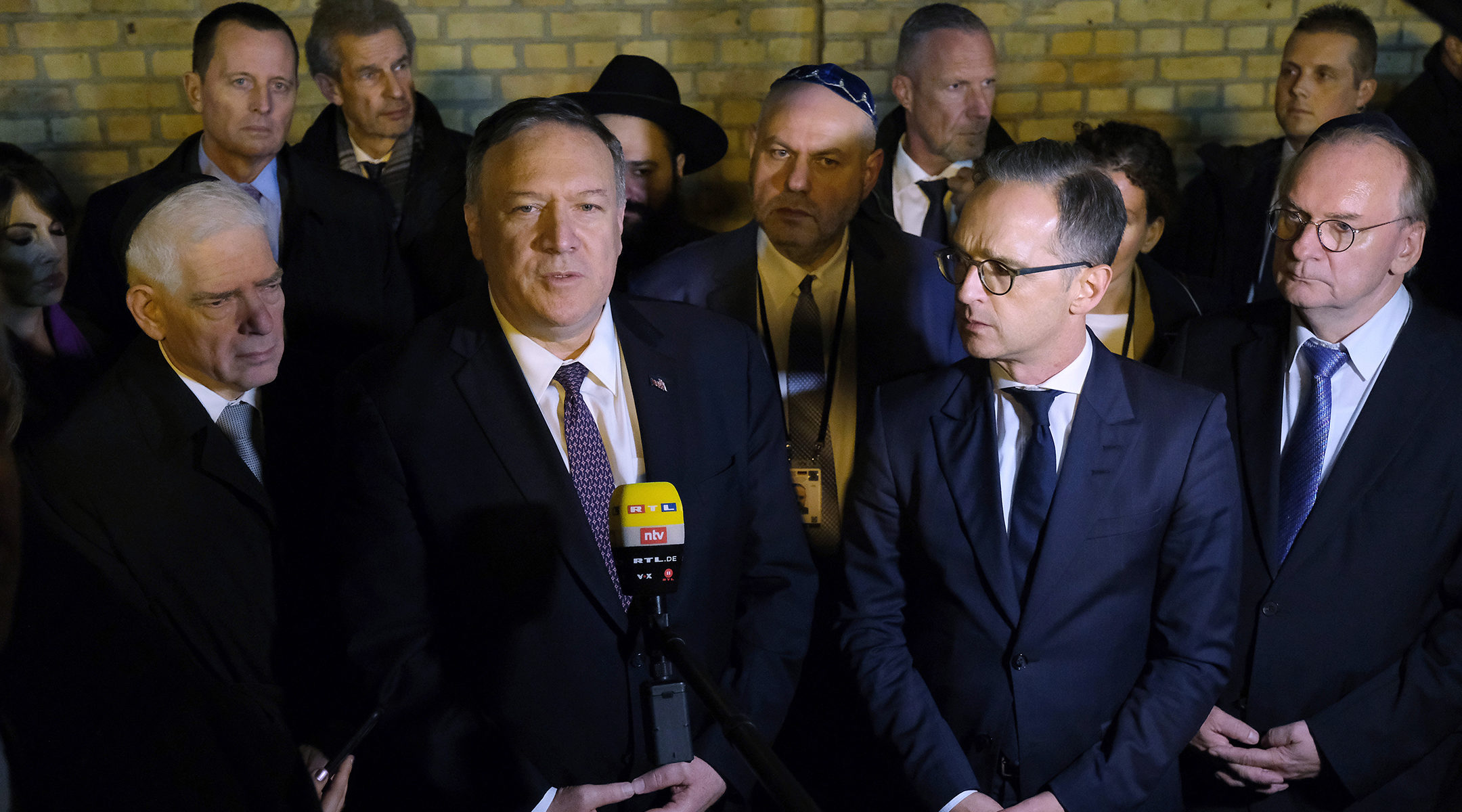 BERLIN (JTA) — Secretary of State Mike Pompeo met with members of the Jewish community at the German synagogue targeted in a fatal shooting by a far-right gunman..

“Our whole team has made a major focus on stamping out anti-Semitism wherever we find it,” he said. “We can find it everywhere … like in Pittsburgh. We must work together against this vicious attack on religious freedom.”

Accompanied by Jewish Agency Chairman Isaac Herzog and German Foreign Minister Heiko Maas, Pompeo laid flowers at the Halle synagogue and a kebab shop, where the gunman killed another person on Oct. 9 after being unable to break into the synagogue. His flowers at the kebab shop added to a sea of bouquets and candles there, AFP reported.

Pompeo’s state visit to Germany coincides with the 81st anniversary of Kristallnacht, a series of pogroms that marked the first wide-scale use of violence by the Nazis against Jews.

“November 9, 1989 is a day of joy for Jews, too,” because tens of thousands of former Soviet Jews moved here following the fall of the Berlin Wall that day in 1989, said Berlin Jewish community president Gideon Joffe in ceremonies Friday at the Jewish community center in former West Berlin.

But recent attacks on Jews bring up old fears and require a tough response, he said.

The ceremony and wreath laying on the site of the Fasanenstraße synagogue, destroyed on Kristallnacht, was attended by German President Frank-Walter Steinmeier, Berlin Mayor Michael Mueller and other dignitaries.