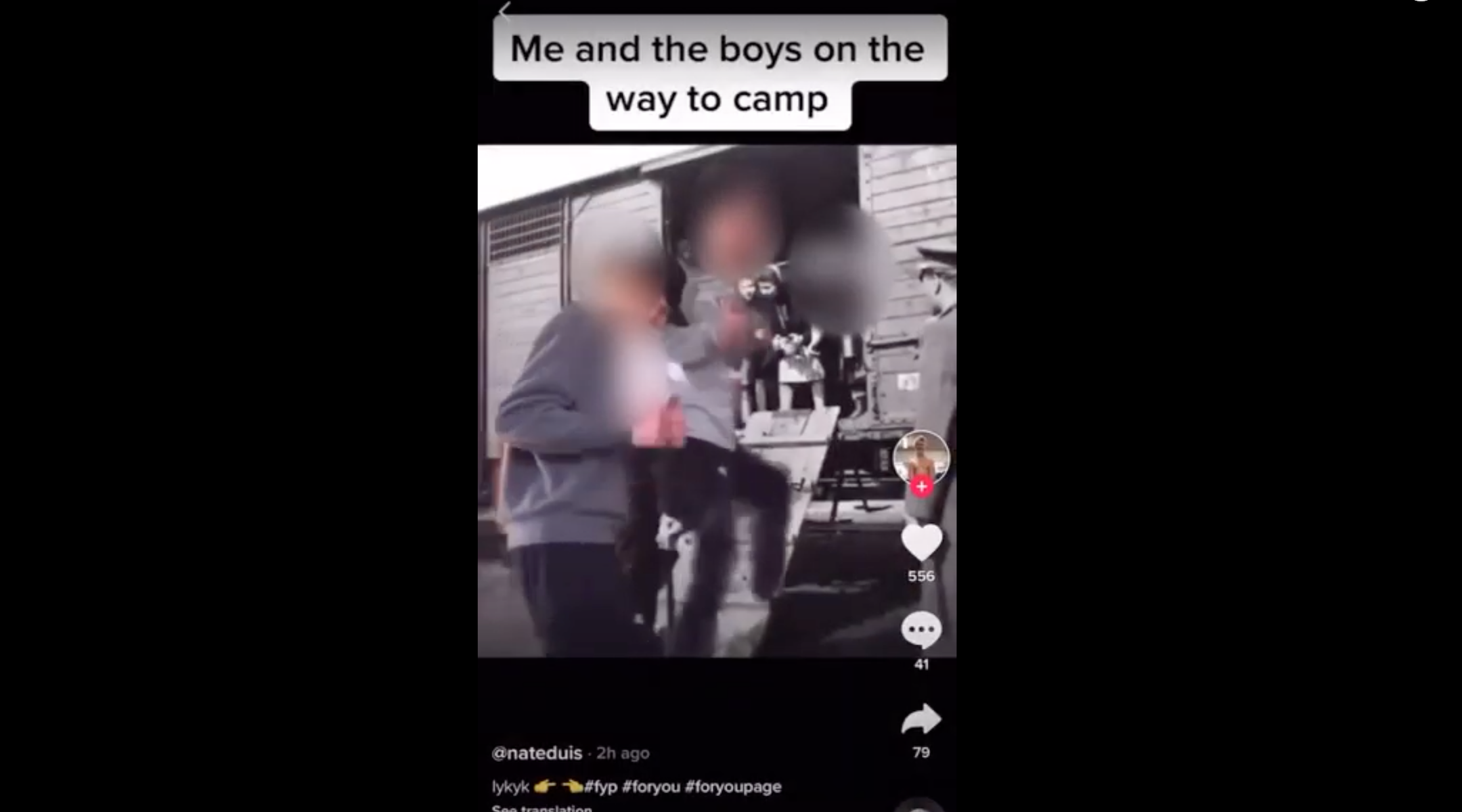 (JTA) — Two Minnesota high school students were criticized for sharing a video titled “Me and the boys on the way to camp,” which photoshops them dancing in a Nazi boxcar and happily skipping into Auschwitz, on the video social media platform TikTok.

The video contains humorous music whose lyrics include “Tell everybody I’m on my way.”

In response, the two boys shown in the video — posted by a high school student from Nicollet High School in Nicollet, Minnesota — were assigned a research paper titled “Hitler’s Final Solution at Auschwitz.”

The incident was first reported by TC Jewfolk.

Steve Hunegs, executive director of the Jewish Community Relations Council of Minnesota and the Dakotas, said in a statement that he is “ increasingly concerned about a grave empathy deficit, which enables students and others to weaponize their knowledge about the Holocaust to insult the memory of the victims of the Holocaust, and further traumatize Jews at a time when we are experiencing a demonstrative increase in anti-Semitism.”

Hunegs praised Nicollet Public Schools Superintendent Denny Morrow for the “seriousness” with which he has approached the incident.

Morrow wrote to the students: “Your recent decision to post a video on TikTok depicting the Nazi Auschwitz concentration camp during World War 2 as a playful excursion has crossed several lines of decorum.”

He called it “an affront to our school and community to portray that one could be educated here, and then, choose to demonstrate such a callous disregard for the plight of others.”