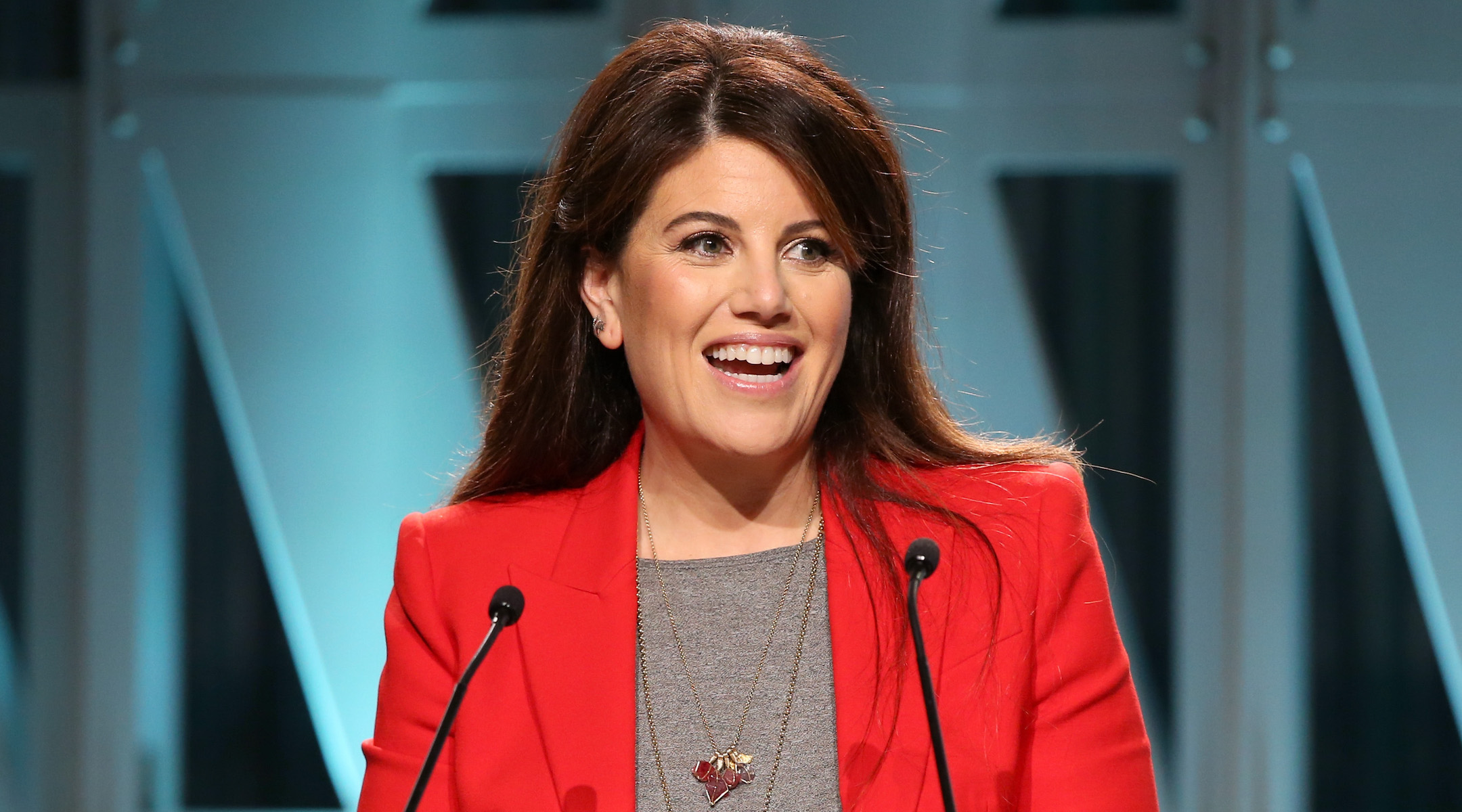 NEW YORK (JTA) — Monica Lewinsky’s beret became famous during the Bill Clinton scandal in the late 1990s. But she says she started wearing it before she gained all the attention.

“The birth of my wearing berets didn’t actually begin in Washington, D.C.,” Lewinsky told a largely Jewish audience Tuesday night in Manhattan. “It was at my brother’s bar mitzvah, where I sang ‘Sim Shalom’ on the bimah.”

Lewinsky was speaking at the 30th anniversary dinner of Project Kesher, a group based in New York City that works with Jewish women in the former Soviet Union to promote Jewish identity and women’s empowerment and health. Lewinsky accepted the group’s inaugural Kol Isha award, Hebrew for “a woman’s voice.”

Lewinsky, who has become an anti-bullying activist in the decades since the scandal, treated the crowd to what she called “Monica Lewinsky Jewish trivia.” Another tidbit: She can “bake a mean challah.”

“My relationship to my heritage and religion, my strong sense of family, is rooted in the cultural tradition of Judaism,” she said. “But there were times in my life when my faith has been challenged, especially in 1998 and the aftermath” of the exposure of Clinton’s affair with her when she was a White House intern.

Lewinsky described the pain of being hounded and having her life torn apart during the investigation and impeachment of Clinton. She compared the ordeal to an age-old Jewish story about a man who gossips maliciously about someone in a village. When the man seeks to repent, the local rabbi tells him to cut open a feather pillow and strew the feathers in the wind. The lesson is that taking back gossip is as impossible as collecting all of the feathers.

“It’s really important for me for you to know you can survive it and you can insist on a different end for your story,” she said. “We can all lead one another to a more compassionate, more empathetic place.”