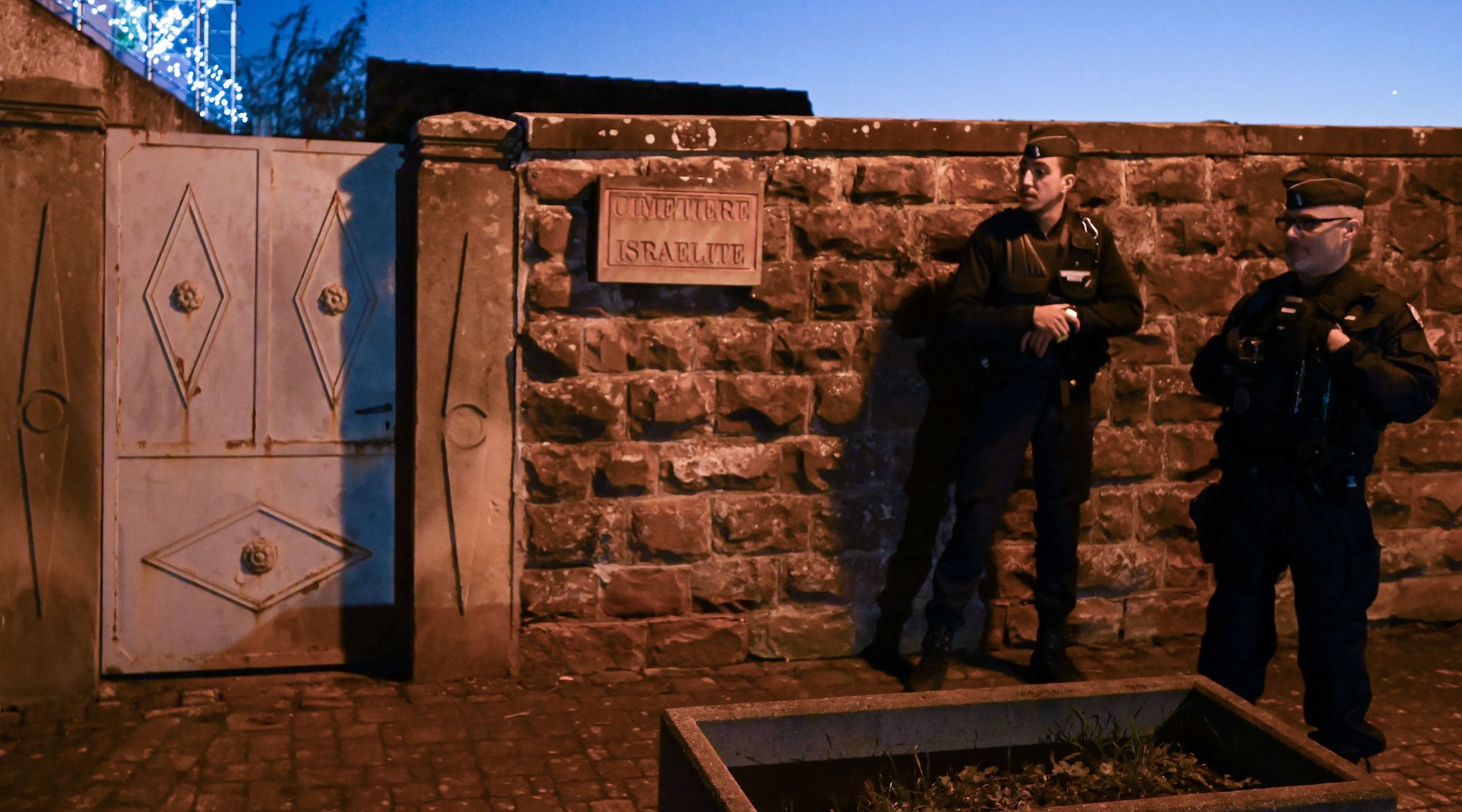 (JTA) — More than 100 tombstones were daubed with anti-Semitic text and imagery at a Jewish cemetery in eastern France.

The desecration was discovered Tuesday at the Jewish cemetery of Westhoffen near Strasbourg, the AFP news agency reported, as French lawmakers were scheduled to vote on a resolution about fighting anti-Semitism.

A spokesperson for the town’s municipality did not specify the nature of the text and images painted on the cemetery.

“I condemn very firmly the despicable anti-Semitic acts that have once again occurred the region and express my unreserved support of the Jewish community,” Jean-Luc Marx, the prefect of the Bas-Rhin region where Westhoffen is situated, said in a statement.

The National Assembly, the lower house of the French parliament, was scheduled to vote on a draft resolution condemning anti-Semitism and recommending the government adopt the International Holocaust Remembrance Alliance’s definition of that form of racism.