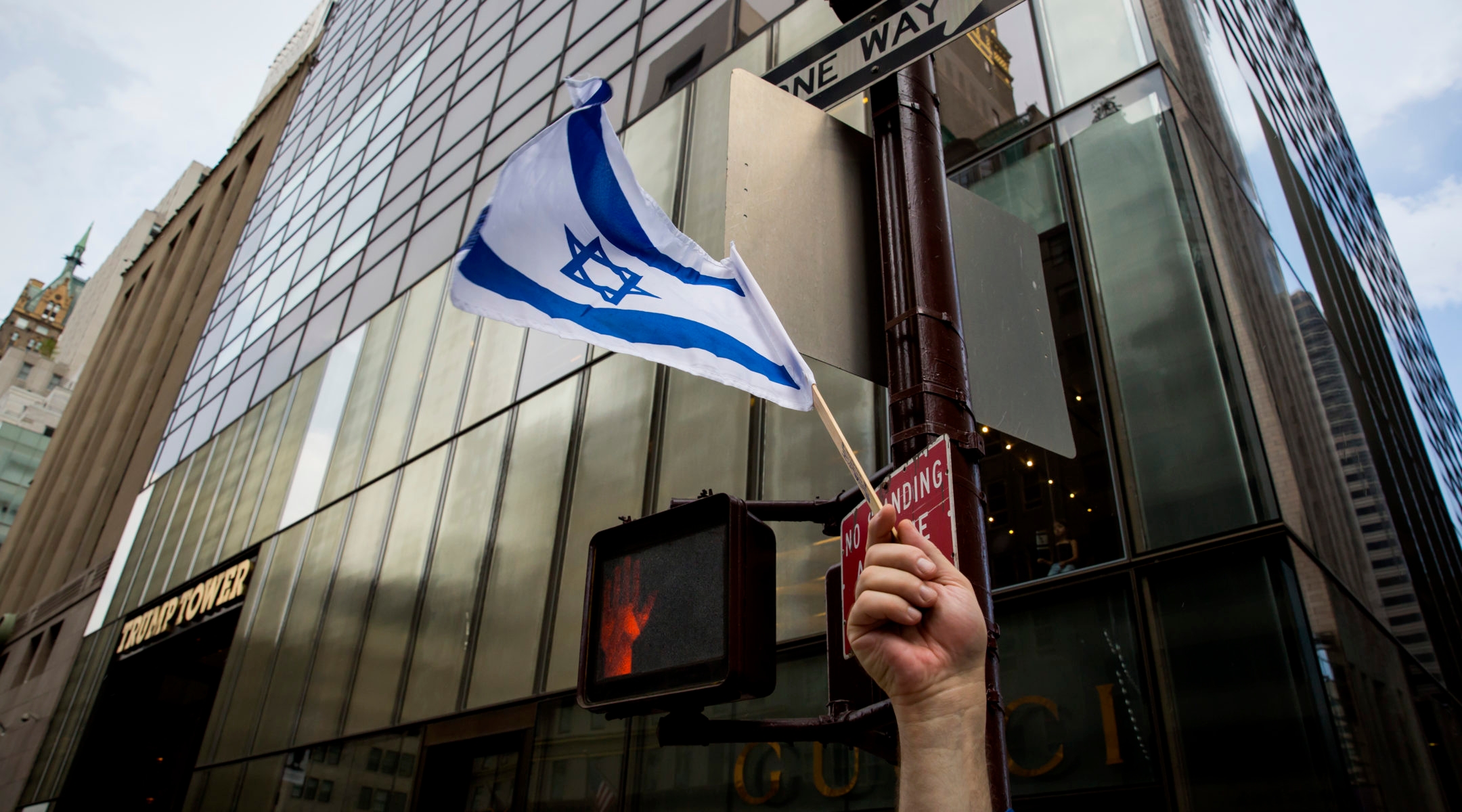 A spectator holds a flag during the Celebrate Israel Parade along Fifth Avenue May 31, 2015. (Eric Thayer/Getty Images)
Advertisement

(JTA) – Most Democratic primary voters don’t follow news about the Israeli-Palestinian conflict all that closely and agree that “someone can be critical of Israeli government policies and still be pro-Israel.”

Those are some of the findings in a recent survey commissioned by the liberal pro-Israel group J Street.

Nearly two-thirds of the 800 respondents, 63 percent, had not heard about the BDS, or the Boycott, Divestment, Sanctions movement, against Israel. Only 9 percent said they had heard “a great deal” (4 percent) or “a good amount” (5 percent) about the subject.

Only 19 percent of those surveyed reported following news about the Israeli-Palestinian conflict “very closely,” while 42 percent said “somewhat closely.”

Given the survey’s 3.5 percent margin of error, although the survey asked respondents who had heard of BDS whether or not they supported it, the results were not statistically significant.

Four in five respondents agreed with the statement on being critical of the government and still supporting Israel. J Street is critical of Israel’s occupation of the West Bank and eastern Jerusalem.

Survey respondents mostly did not see Israeli Prime Minister Benjamin Netanyahu in a favorable light but had warmer feelings for his nation and the Palestinians.

In a separate question, 74 percent agreed that “The United States should act as a fair and impartial broker in order to achieve a peace agreement between Israelis and Palestinians,” while 20 percent said we should instead “side with Israel during peace negotiations because Israel is our democratic ally and needs our support against a world that isolates them.”

The poll included likely Democratic primary voters from across the country and was conducted May 1-5 by GBAO Strategies.