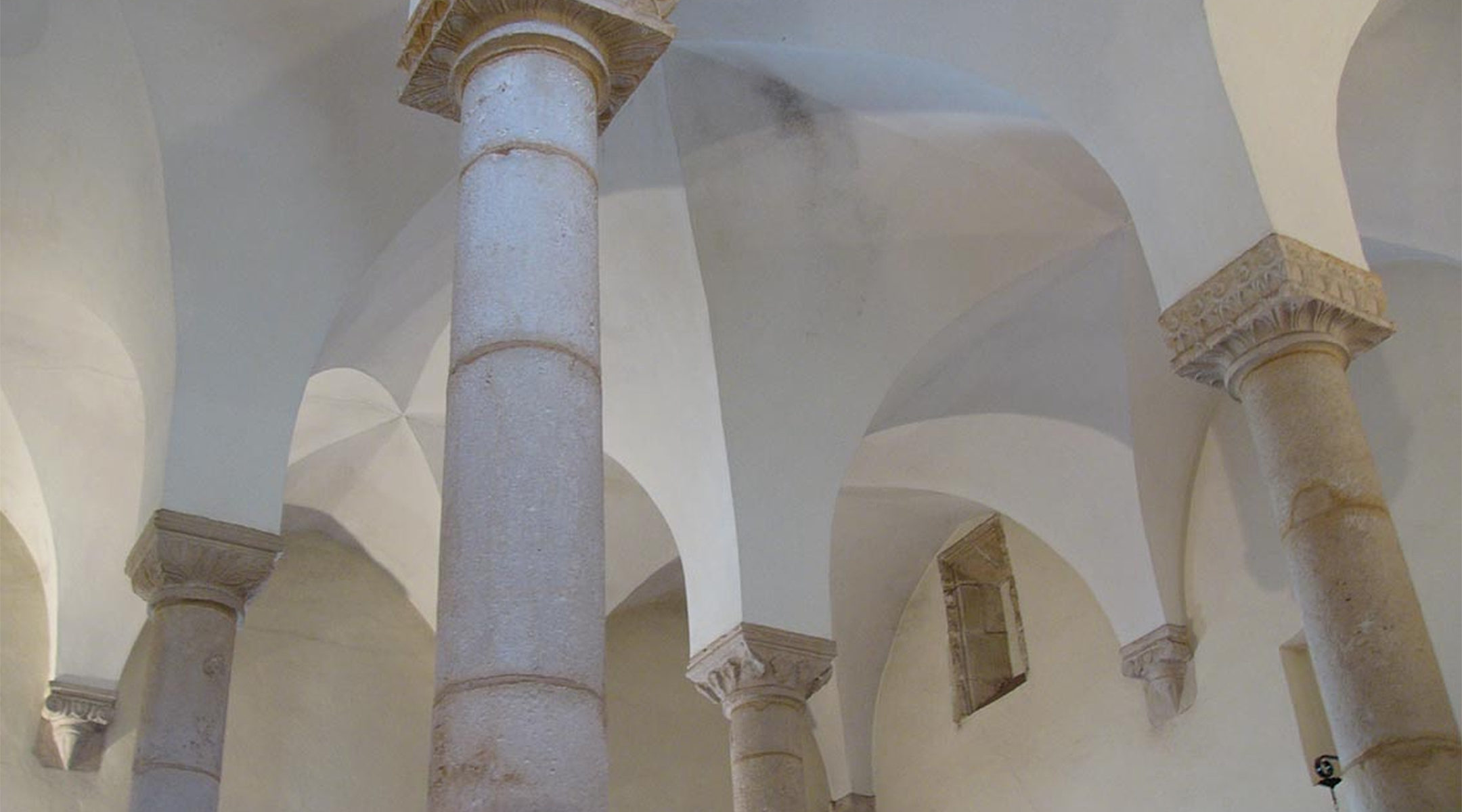 The four pillars of the Synagogue of Tomar, Portugal. (Wikimedia Commons)
Advertisement

(JTA) — The Jewish museum of the town of Tomar in Portugal reopened following renovations at the country’s oldest still-standing synagogue.

The reopening Tuesday followed two years of renovations at the museum, which is now called the Interpretive Center of Tomar Synagogue and Abraão Zacuto Luso-Hebraic Museum, the Medio Tejo news site reported earlier this month.

Built in the middle of the 15th century, it had been abandoned for centuries before a Polish-born Jew, Samuel Schwarz, restored it as a synagogue in 1921.

An engineer who was working in Portugal’s mining industry, Schwarz documented in a 1925 book titled “New Christians in Portugal in the 20th Century” Jewish customs in rural Portuguese locales.

The customs had been preserved in towns like Belmonte and Trancoso by descendants of Jews who kept practicing their faith in secrecy after the Inquisition, a state-sponsored campaign of persecution that began in Spain in 1492 and reached Portugal in 1536.

In Belmonte, Schwarz wrote that only three Jewish holidays were observed: Passover, the Fast of Esther — part of the Purim holiday — and Yom Kippur. On Yom Kippur, Jews would meet to play cards so as not to appear to be worshiping, and they’re still following the custom today.

In Tomar, the former synagogue’s façade is deceivingly drab. Inside, is a small but tall space with a multi-leveled domed ceiling and four pillars, representing Judaism’s four matriarchs.