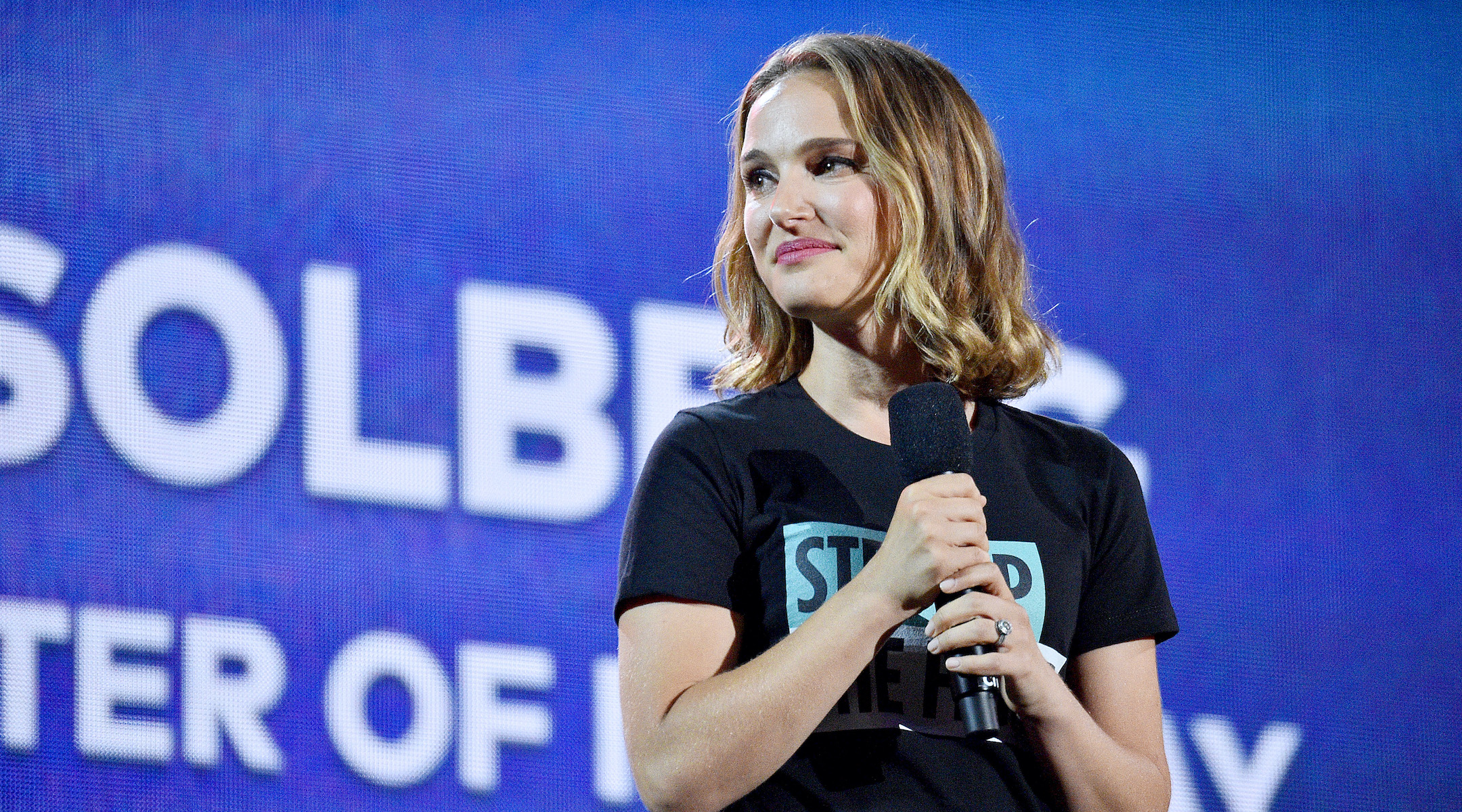 (JTA) — Soccer and Natalie Portman fans have a double reason to celebrate today: The Jewish actress will be a co-owner of a new National Women’s Soccer League team in Los Angeles, and she’s pretty excited about it.

“Whatever I do, I’m all in. I’m committed to developing this organization in a way that delivers on our promise to ignite higher expectations on and off the field,” she said in an interview Tuesday with The Athletic.

The league announced the new team, currently called Angel City, on Tuesday. Portman is leading the ownership group along with Kara Nortman, a partner at the Los Angeles venture capital firm Upfront Ventures; Alexis Ohanian, the co-founder of Reddit and husband of tennis superstar Serena Williams; and entrepreneur Julie Uhrman.

But that’s not the end of the owners list: It’s an all-star lineup of actresses, former women’s soccer players (including Mia Hamm, Julie Foudy and Abby Wambach) and Williams, along with her 2-year-old daughter, Olympia. She is easily the youngest person ever to be listed as a pro sports team owner.

Talking about her decision to get involved, Portman told The Athletic that the turning point came in April 2019 when she attended a U.S. Women’s National Team friendly match under the auspices of Time’s Up — the movement that has raised tens of millions of dollars to fight sexual harassment. She brought along fellow actresses Uzo Aduba, Eva Longoria, Jennifer Garner and Jessica Chastain.

“The more time I spent with these women, the more I learned and the bigger impact I wanted to make,” Portman said. “It was just so obvious — we needed to see these women play in LA. We needed a team here.”

The time has come to reshape expectations on & off the soccer field.

This is the place. The time is now. Welcome to the beginning. #WeAreAngelCity pic.twitter.com/M3bvsmiAfm