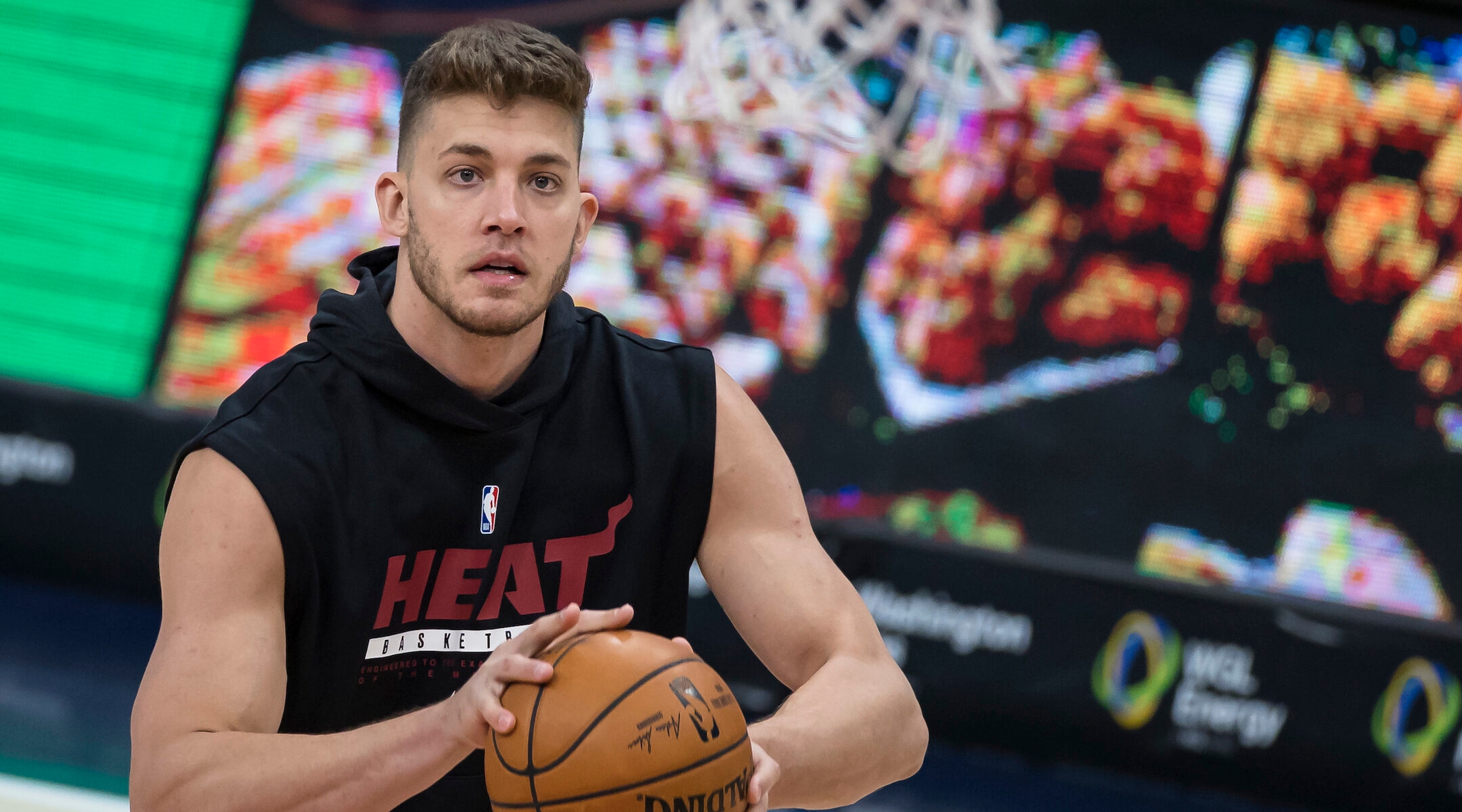 Meyers Leonard of the Miami Heat warms up before a game against the Washington Wizards in Washington, D.C., Jan. 9, 2021. (Scott Taetsch/Getty Images)
Advertisement

Update: While Leonard released an apology statement on Tuesday night, the NBA said it is investigating his use of the slur and he will take an indefinite leave of absence from his team.

(JTA) — Meyers Leonard of the NBA’s Miami Heat said the word “kike” while playing a video game on the Twitch streaming platform, which allows gamers to talk to each other.

“Don’t f***ing snipe me, you f***ing kike bitch,” Leonard, 29, said while playing a “Call of Duty” game, as shown in a video clip posted Tuesday by the @MainTeamSports Twitter account.

Leonard, a 7-foot-1 center and former first-round draft pick of the Portland Trail Blazers, released an apology statement on Tuesday night, but the NBA announced that it is probing his use of the slur. Leonard will also take an indefinite leave of absence from the Heat.

“I am deeply sorry for using an anti-Semitic slur during a livestream yesterday. While I didn’t know what the word meant at the time, my ignorance about its history and how offensive it is to the Jewish community is absolutely not an excuse and I was just wrong,” he wrote.

He mentioned everyone “in the Jewish community I have hurt” and the Arison family specifically. Jewish billionaire businessman Micky Arison — whose sister Shari Arison is Israel’s wealthiest woman — owns the Heat, and his son Nick is the team’s CEO.

“The Miami Heat vehemently condemns the use of any form of hate speech,” the team wrote in a statement. “The words used by Meyers Leonard were wrong and we will not tolerate hateful language from anyone associated with our franchise. To hear it from a Miami Heat player is especially disappointing and hurtful to all those who work here, as well as the larger South Florida, Miami Heat and NBA communities.”

Last year, in the wake of the George Floyd racial justice protest movement, Leonard was criticized for being one of only two players throughout the league to stand rather than kneel during the playing of the national anthem before games. He told his Black teammates that he supports the Black Lives Matter movement and that he was standing to honor his brother, who served as a Marine.

In a sign of solidarity with him, a Black teammate always put an arm around Leonard’s leg during the anthem.