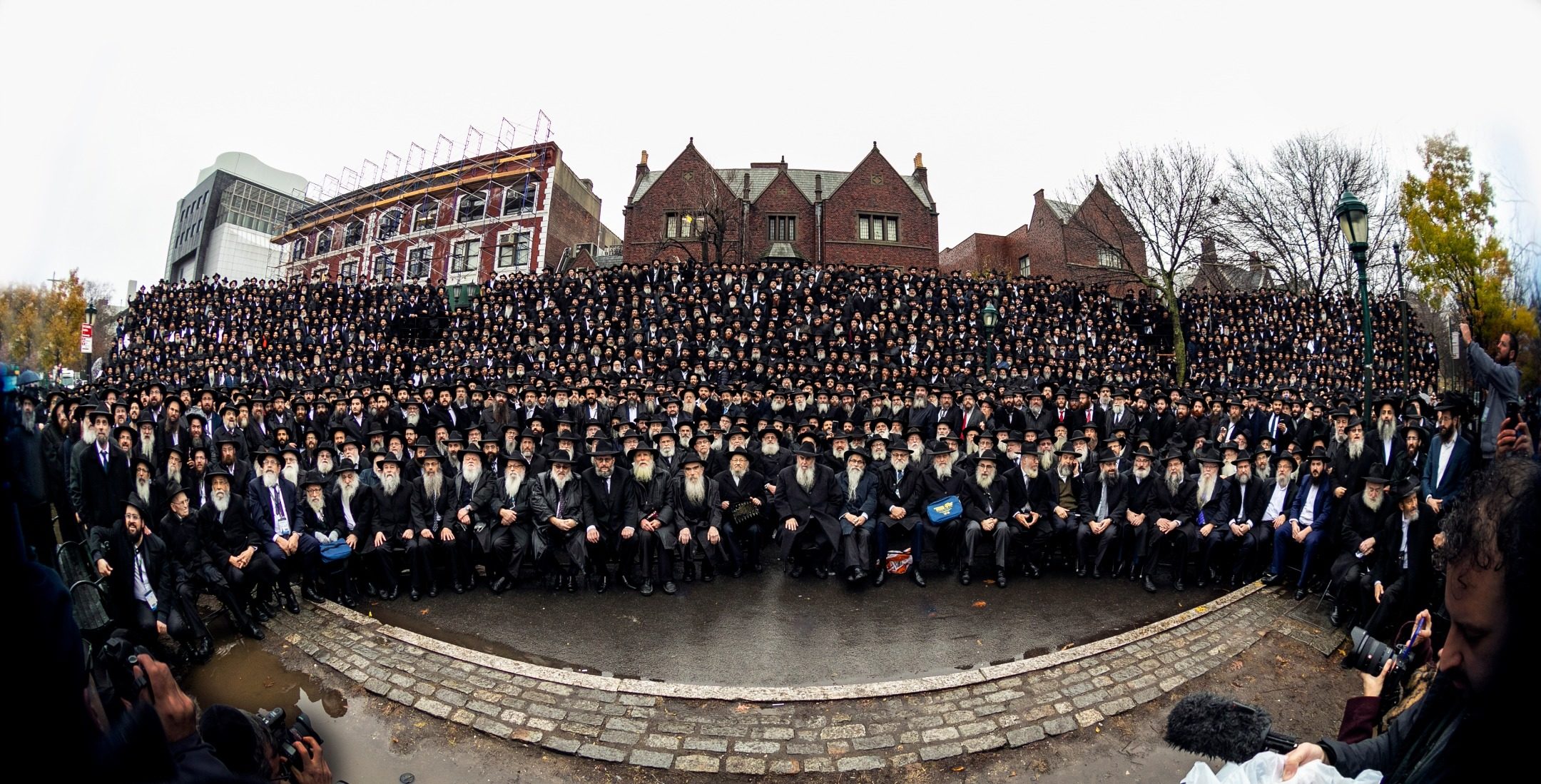 Thousands of rabbis who serve as emissaries for the Chabad-Lubavitch movement pose for their annual "class picture" in front of Chabad headquarters in Crown Heights, Brooklyn, Nov. 24, 2019. (Mendel Grossbaum / Chabad.org)
Advertisement

The rabbis come from all 50 U.S. states and some 100 countries. The most recent Chabad center was established in Kigali, Rwanda, becoming the Central African nation’s first synagogue.

The annual conference banquet on Sunday filled the New Jersey Convention Center. The keynote address was given by U.S. Ambassador to Israel David Friedman. He has been study partners with a Chabad rabbi in Woodmere, New York, on Long Island, for more than two decades.

The some 4,900 emissaries, known by the Yiddish term shluchim, gathered on Sunday morning in front of Chabad headquarters at 770 Eastern Parkway in Brooklyn’s Crown Heights for the annual “class photo.”

In the wake of the April shooting at the Chabad center in Poway, California, the rabbis were scheduled to participate in seminars and workshops on the topics of combating anti-Semitism, the pressing need for moral education and fostering Jewish pride in the face of growing hostility, among other topics.

On Friday they visited the Ohel, the last Lubavitcher Rebbe’s gravesite. The thousands of emissaries waited in line to deliver handwritten notes to the grave.