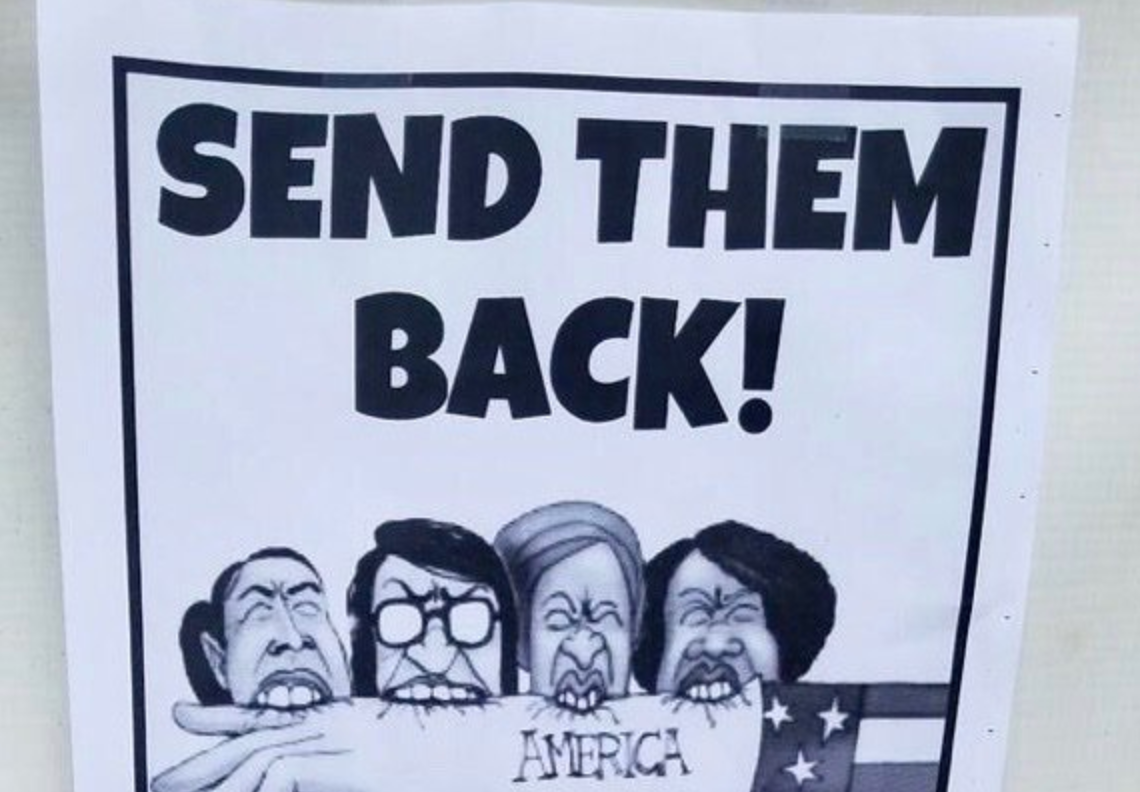 This flier was found posted at several Seattle synagogues as well as churches. (Twitter)
Advertisement

The fliers were posted over the weekend by a masked man and featured an illustration of Democratic Reps. Rashida Tlaib of Michigan, Ilhan Omar of Minnesota, Alexandria Ocasio-Cortez of New York and Ayanna Pressley of Massachusetts biting an arm marked America, according to Patch.com.

The flier read “Send them back” and “deport the commie brown infestation.” The first phrase echoes recent language from President Donald Trump, who called on the freshman lawmakers, known as “The Squad,” to “go back and help fix the totally broken and crime-infested places from which they came.”

Omar was born in Somalia; the other three were born in the United States. All are women of color.

Actual Nazis are promoting themselves using Trump's own language. But, you know, both sides! pic.twitter.com/nC41x8rR5G

Patch reported that other fliers were posted at North Seattle synagogues and at local churches.

“In a recent trend that we have observed across the country, these cowardly acts are meant to spread hateful and racist propaganda — sowing seeds of hate against our most vulnerable,” a representative of the local chapter of the Anti-Defamation League said.

The Daily Stormer Book Club is affiliated with neo-Nazi Andrew Anglin, who was recently ordered to pay $14 million to a Jewish woman in Montana he told readers of his Daily Stormer website to harass.