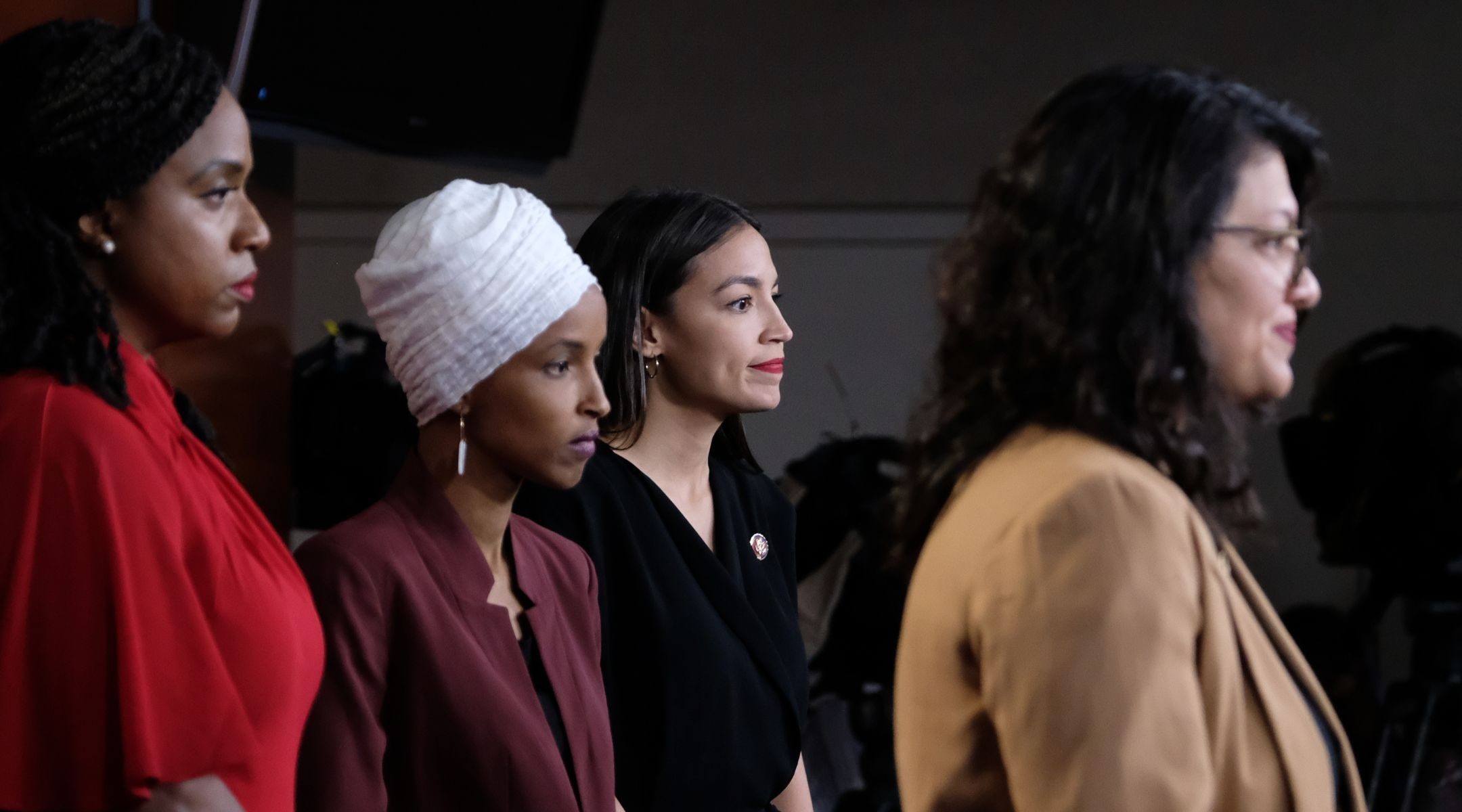 In Sunday’s tweet he called on “the four Congresswomen” — Reps. Rashida Tlaib of Michigan, Ilhan Omar of Minnesota, Alexandria Ocasio-Cortez of New York, and Ayanna Pressley of Massachusetts — to apologize to America and Israel.

“I don’t believe the four Congresswomen are capable of loving our Country. They should apologize to America (and Israel) for the horrible (hateful) things they have said. They are destroying the Democrat Party, but are weak & insecure people who can never destroy our great Nation!” Sunday’s tweet said.

Last week, in a tweet the House of Representatives condemned as racist , Trump said the four congresswomen should “go back and help fix the totally broken and crime-infested places from which they came.” Omar was born in Somalia; the other three were born in the United States. All are women of color.

Trump has repeatedly defended his remarks by saying the congresswomen are anti-Israel and anti-Semitic.

At a rally Wednesday night in North Carolina, Trump supporters chanted “send her back” when Trump attacked Omar for “a history of launching vicious antisemitic screeds.” Trump later said he disagreed with the chants and moved quickly to talk over them, but video of the rally shows he waited about 13 seconds before continuing.

In his tweets on Sunday morning, Trump also attacked the Washington Post for its coverage of his tweets against the congresswomen and of the rally, calling it “Presidential Harassment.”

In a tweet last Monday he called on the lawmakers to  “apologize to our Country, the people of Israel and even to the Office of the President, for the foul language they have used, and the terrible things they have said.”