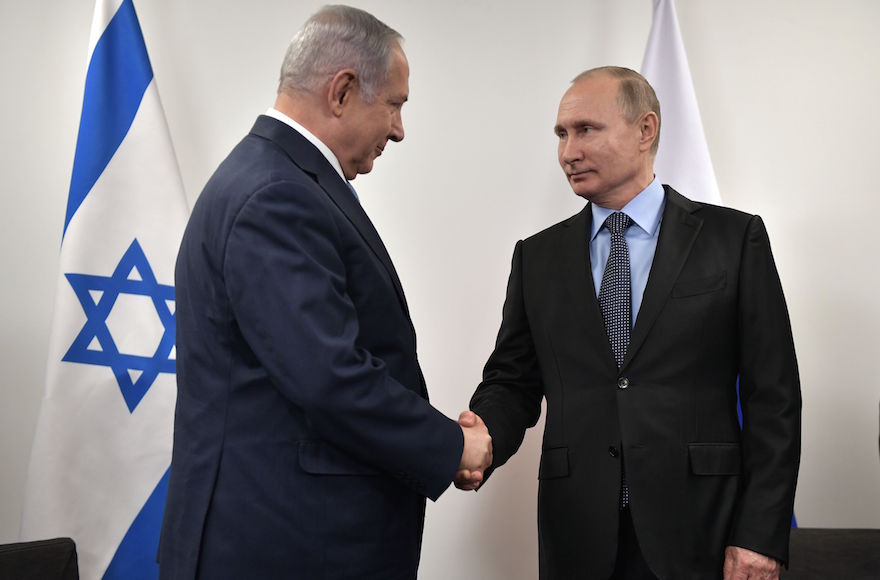 The Feb. 21 meeting is being billed as a follow-up to the November face-to-face the two leaders had in Paris. They will talk about Iranian efforts to establish a military presence in Syria, Netanyahu said in his announcement Tuesday during a meeting with Austrian President Alexander Van der Bellen.

“It’s very important that we continue to prevent Iran from entrenching in Syria,” Netanyahu said. “In many ways we’ve blocked that advance and we’re committed to continue blocking it, preventing Iran from creating another war front against us, right here opposite the Golan Heights. This is the main subject I will be discussing with President Putin.”

In September, Russia blamed Israel for the downing by Syria of a Russian reconnaissance aircraft following an alleged Israeli airstrike on a Syrian airbase near Latakia. Israel used the Russian plane as cover for its mission, Russia’s Ministry of Defense charged.