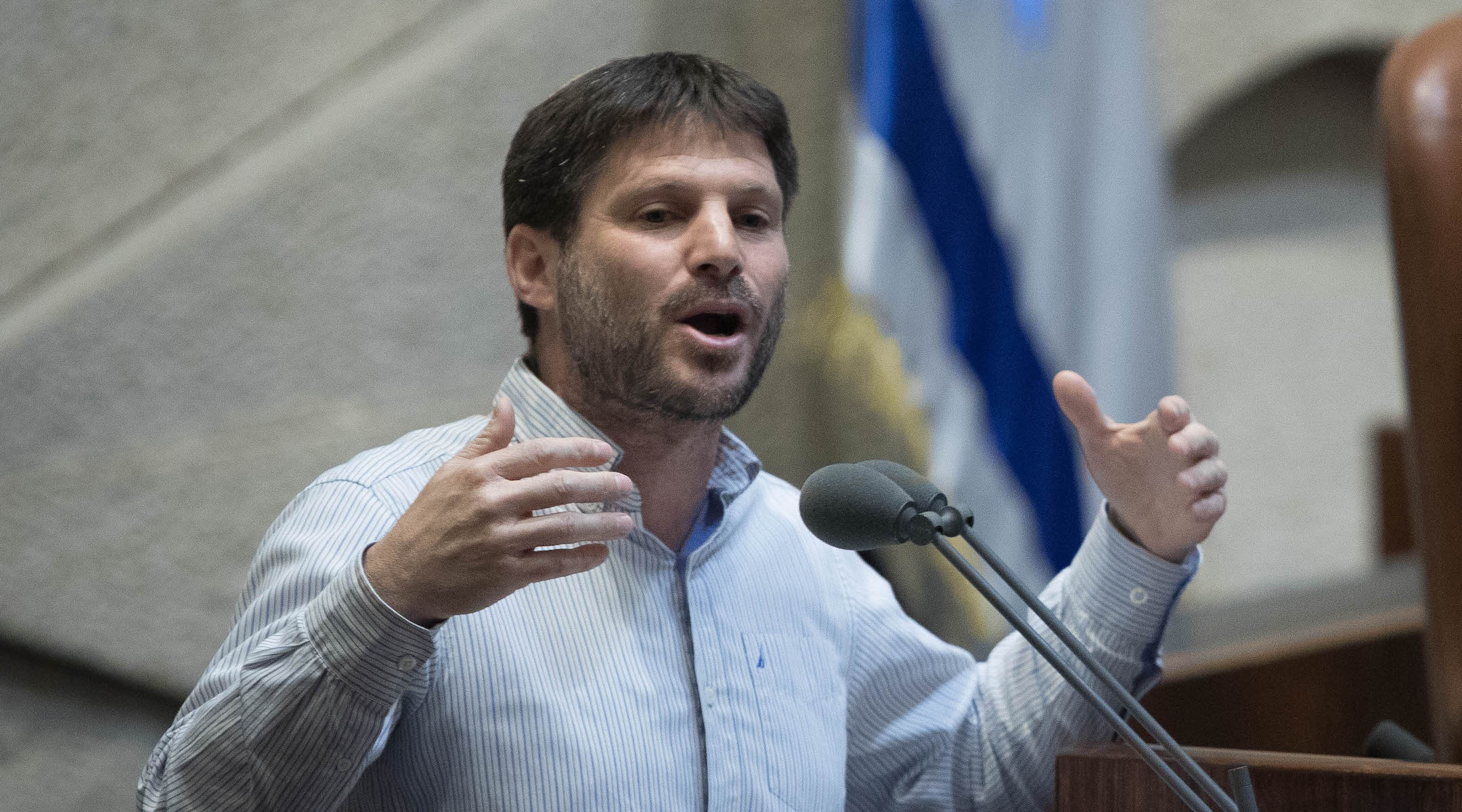 Bezalel Smotrich, head of the National Union party, speaks in the Knesset in Jerusalem, May 13, 2019. He was tapped as interim transportation minister. (Noam Revkin Fenton/Flash90)
Advertisement

Netanyahu named Rabbi Rafi Peretz, head of the Union of Right-Wing Parties, as education minister, replacing Naftali Bennett, whom he fired earlier this month. Bezalel Smotrich, who leads the National Union party, part of the union, was tapped as transportation minister to replace Yisrael Katz, who last week was named foreign minister, a portfolio that Netanyahu has held since 2015.

Smotrich, known as a Religious Zionist hard-liner, also was named as a new member of the Security Cabinet, and Peretz was made an observer to the body.

Smotrich had called to be named interim justice minister after the firing of Ayelet Shaked, a position that went to Netanyahu loyalist Amir Ohana. He likely will demand the position in the 22nd Knesset if Netanyahu and his Likud party win enough seats to form the new government after the September elections.