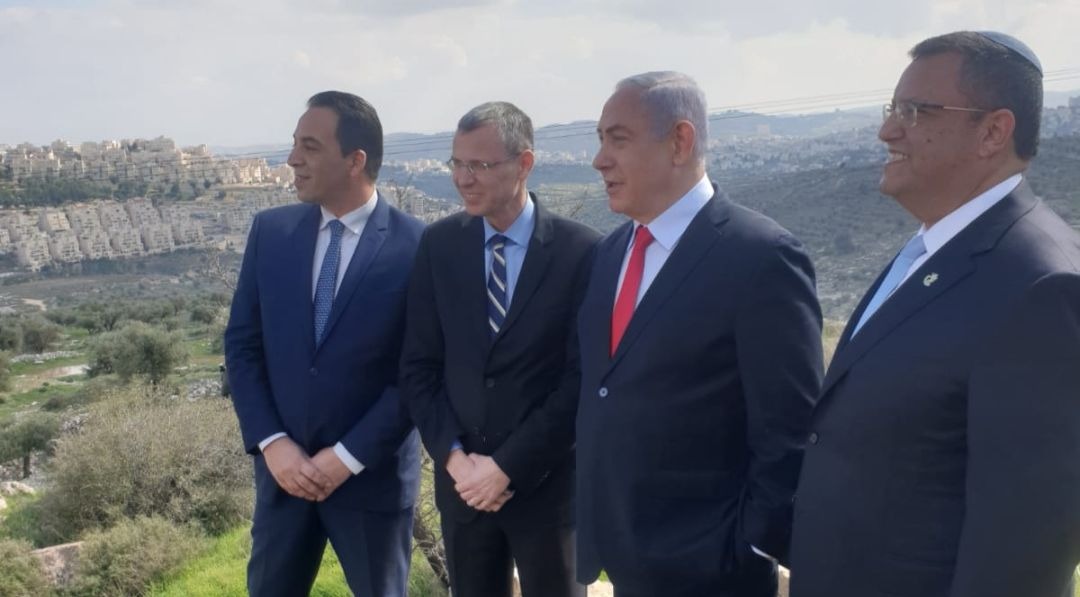 Netanyahu said he would lift the construction ban on the Givat Hamatos neighborhood, giving the go-ahead for 3,000 housing units that were first approved in 2012, and announced the approval of 2,200 units in the Har Homa neighborhood. Har Homa, established in 1997, has about 37,000 residents.

Peace Now criticized the approval as an election ploy — voting in Israel is on March 2 — and said the new settlement housing would be a serious blow to a future Palestinian state.

“This is the last point that can allow territorial contiguity between Bethlehem and East Jerusalem — the most significant Palestinian metropolitan area — and if the neighborhood is built, it will not be possible to connect the two cities,” Peace Now said in a statement. “Such a policy change cannot be passed in a transitional government without a mandate from the public.”