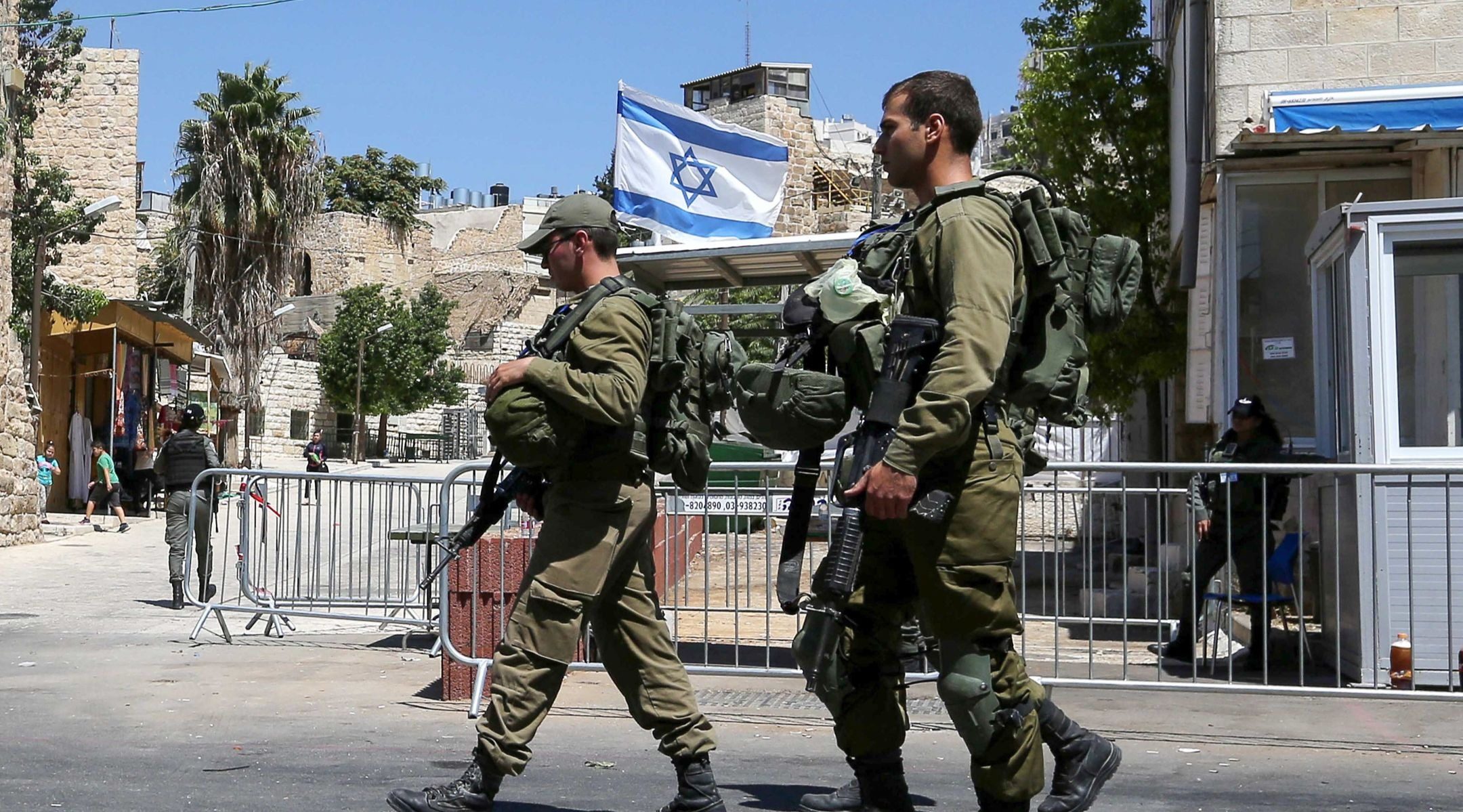 Netanyahu made the remarks at a ceremony to mark the 90th anniversary of the massacre of Jews in Hebron, a mostly Palestinian city about 18 miles from Jerusalem.

His last visit there was before he first became prime minister, according to reports.

“We are not strangers in Hebron, we will remain here forever,” Netanyahu he said at the afternoon ceremony. “We have not come to dispossess anyone, but nobody will dispossess us either.”

The ceremony took place in the plaza in front of the Tomb of the Patriarchs, a site holy to Jews and Muslims. Half of the site is used for Muslim worship and half for Jewish worship. Some 800 Jews live in their own enclave there among 200,000 Palestinians.

“We have come here to unite in memory, to express victory over the bloodthirsty rioters who committed the horrific massacre 90 years ago today,” Netanyahu said. “We have accomplished historical justice, and returned to the city of the patriarchs,” he also said.

Netanyahu did not announce any new Jewish building in Hebron or suggest applying sovereignty over the city, as many expected he would.

Knesset Speaker Yuli Edelstein and Culture Minister Miri Regev of Netanyahu’s Likud party both called for Israeli sovereignty over Hebron in their speeches.

The Palestinian Authority called Netanyahu’s visit a “dangerous escalation” meant to garner right-wing votes prior to the Sept. 17 election.

Earlier Wednesday at a conference in Hebron on the topic of the massacre, Israeli President Reuven Rivlin said the cave “was bought for full price” and “our right to this land was established as just and moral, a right to property over which is and will always be uncontestable.”

He called the city a “test of our ability to live together, Jews and Arabs, to live decent lives side by side.”