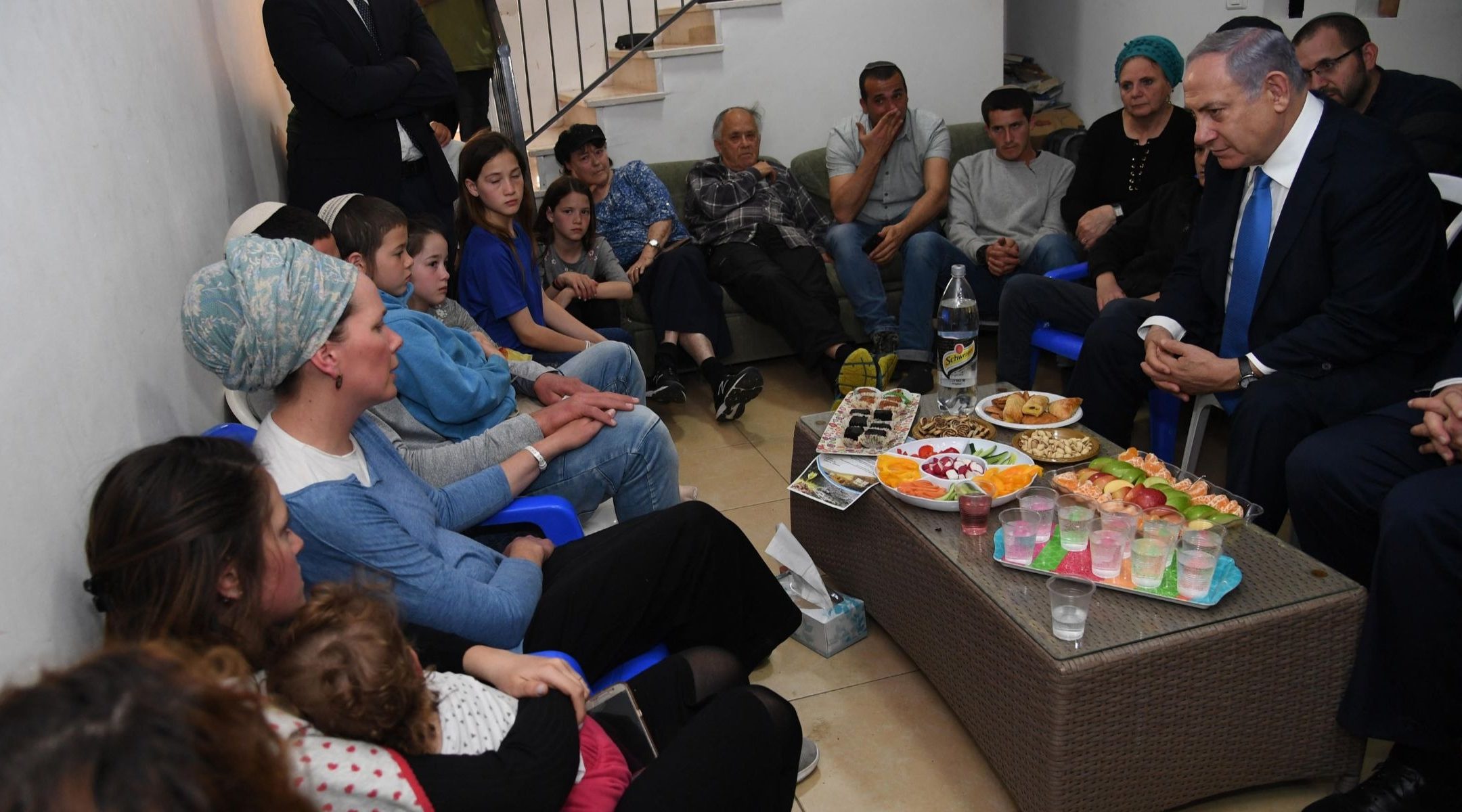 Israeli Prime Minister Benjamin Netanyahu pays a condolence call to the family of Rabbi Achiad Ettinger, the father of 12 who was killed in a terror attack at the Ariel junction, at his home in the West BAnk settlement of Eli. (Haim Zach/GPO)
Advertisement

JERUSALEM (JTA) — Israeli Prime Minister Benjamin Netanyuahu paid a condolence call to the family of Rabbi Achiad Ettinger, a father of 12 killed in a terror attack in the West Bank.

“The shock is enormous. From what I have heard about Achiad, he was an amazing person, a man of valor with nobility of soul,” the prime minister told family members on Tuesday at their home in the Eli settlement. “The pain over your loss is immense; I understand how deep it is. But I want you to know that it is a shock to the heart of the entire people.”

Family members reportedly called on Netanyahu to advance legislation to institute the death penalty for terrorists.

On Monday, Netanyahu visited the Ariel Junction in the northern West Bank where Ettinger reportedly managed to fire off four shots at the terrorist after being shot in the head and neck.

On Sunday morning Omar Abu Laila, 19, of the Az-Zawiya village allegedly stabbed and killed a 19-year-old Israeli soldier, Gal Keidan, and stole his gun, shooting at passing cars at the junction where he hit Ettinger, before getting in a car abandoned by a frightened driver. He headed to the next junction, where he shot at soldiers waiting at a bus stop.

Another 19-year-old soldier shot at the Gitai Junction was taken off a respirator on Tuesday and has regained consciousness.