Netanyahu intervenes in case of Israeli-American woman jailed in Russia, but can’t strike deal with Putin 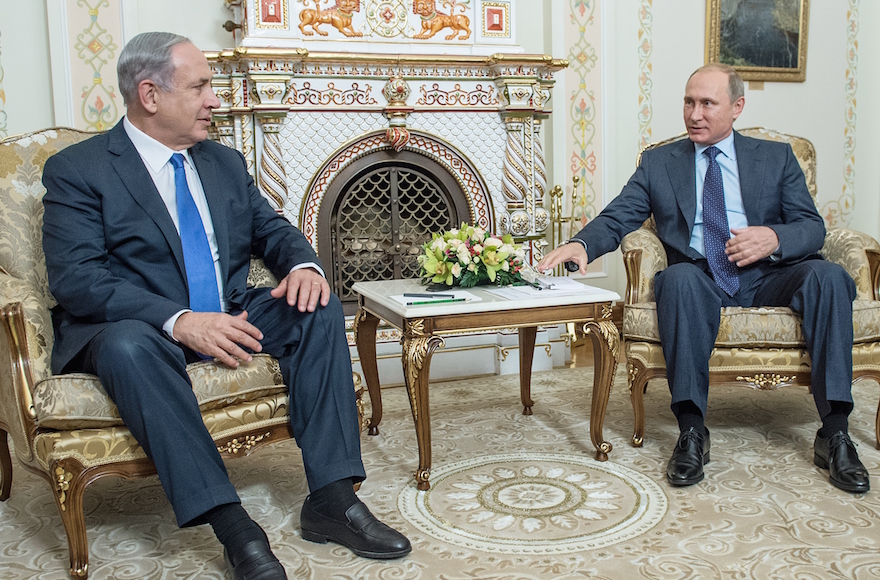 JERUSALEM (JTA) — Israeli Prime Minister Benjamin Netanyahu has personally intervened in the case of an Israeli-American woman who was sentenced in Russia to 7 1/2 years in prison after being convicted of smuggling marijuana into the country. But Russia has not shown signs that it will release her.

Netanyahu has been involved in the case of Naama Issachar for several weeks, according to a statement from his office issued on Friday. He has discussed the issue with Russian President Vladimir Putin during a visit to Sochi on Sept. 12 and during a phone call last week.

Russia had tried exchanging Issachar for Aleksey Burkov, a Russian hacker held in Israel set to be extradited to the United States.

Burkov is wanted in the U.S. on embezzlement charges for a massive credit card scheme which allegedly stole millions of dollars from American consumers.

Netanyahu requested a commuting of the sentence and an easing of the terms of Issachar’s detention.

A Moscow court handed down the sentence to Issachar, a 26-year-old Israeli army veteran, on Friday.

She has been detained in Russia since April after 9 grams of marijuana were found in her luggage before a connecting flight in Russia on the way from India to Israel, where she moved while in high school. She denies the marijuana was hers.

Nine grams is less than a third of an ounce and is within the legal limit for personal use in Israel.

In Russia, possession of such an amount by a foreigner would normally result in up to a month’s detention, a fine and expulsion, her lawyer told her family, according to The New York Times.

“The punishment being demanded by the Russian prosecutor is disproportionate and does not fit the nature of the offense being attributed to Issachar,” the statement from Netanyahu’s office said.