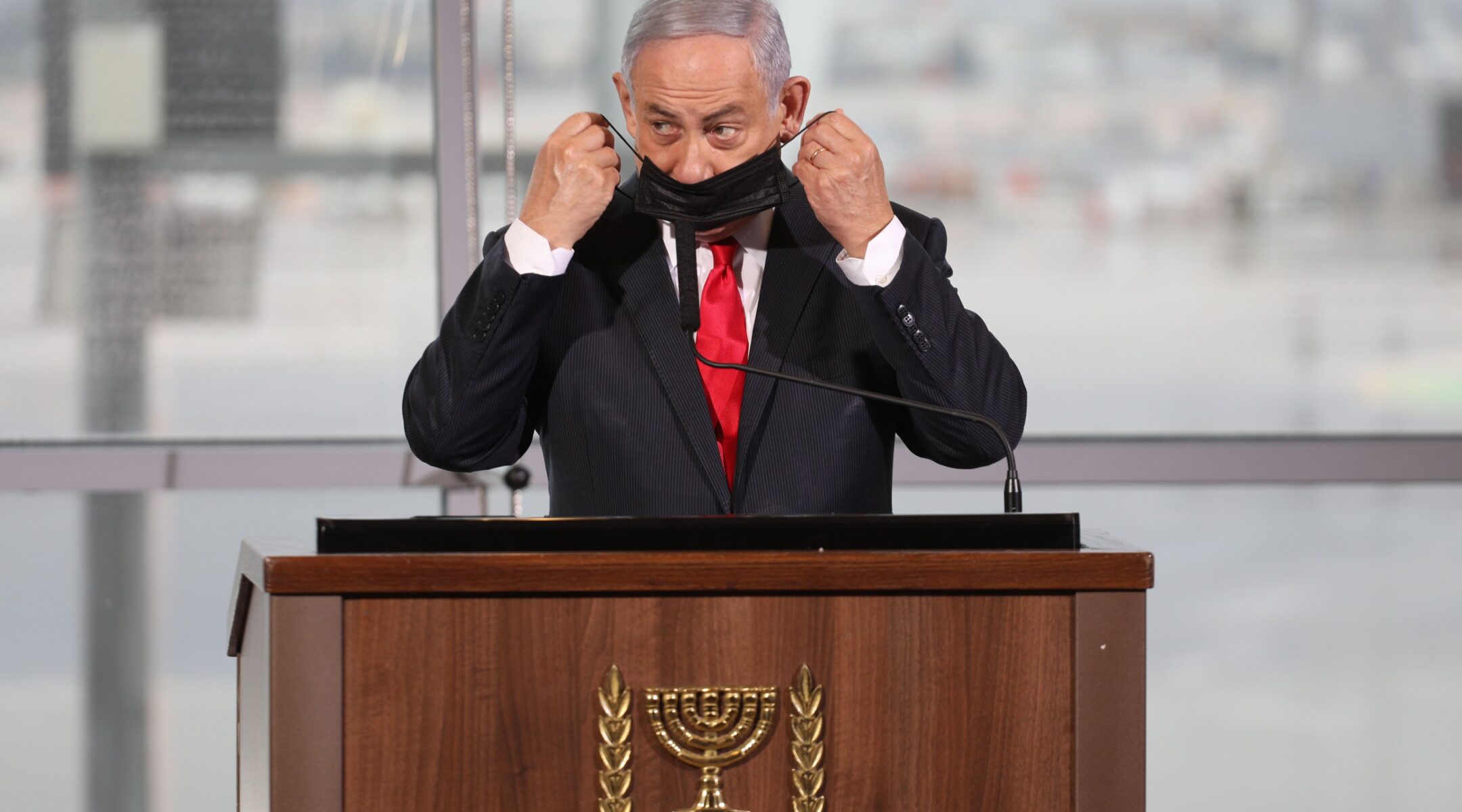 Israeli Prime Minister Benjamin Netanyahu, seen here at a ceremony at Ben Gurion airport on Nov. 26, 2020, said he wants to be the first Israeli to receive a COVID-19 vaccine. (EMIL SALMAN/POOL/AFP via Getty Images)
Advertisement

(JTA) — As Israel received its first shipment of COVID-19 vaccines Wednesday, Prime Minister Benjamin Netanyahu announced on Twitter that he aimed to be the first person in the country to receive the inoculation.

“We brought the vaccines to Israel! I intend to be the first in Israel to get vaccinated, to set an example for all Israeli citizens,” Netanyahu tweeted.

Recent surveys of Israelis found that a majority are fearful of the vaccines and would not want to be included in the first set of inoculations.

Netanyahu is not the only world leader to offer to be a vaccine role model. In the United States, three former presidents — George W. Bush, Bill Clinton and Barack Obama — have said they would receive their vaccines on camera to assure Americans that the shots are safe.

The first vaccinations outside of Russia and China that are not part of clinical trials took place Tuesday in England, where hospital workers and the elderly are first in line to receive the shots. Because it will take some time for enough doses to be available for anyone who wants to be vaccinated, countries are devising prioritization schemes.

At 71, Netanyahu falls into a high-risk group and would likely be eligible for early vaccination under any approach.

Israel’s vaccines are by Pfizer, one of several companies whose clinical trials have yielded safe, effective vaccines against the virus that has crippled the globe and killed nearly 3,000 Israelis so far. (Pfizer’s CEO and medical director are both Jewish.) A small number of doses arrived Wednesday and about 100,000 more — enough for 50,000 people — are expected to land at Ben Gurion airport on Thursday, according to the Times of Israel.

At one point this fall, Israel had the highest per-capita infection rate in the world. After a stringent lockdown curbed a devastating second wave this fall, cases are again on the rise, and the country’s COVID-19 task force warned last week that a third wave is beginning.