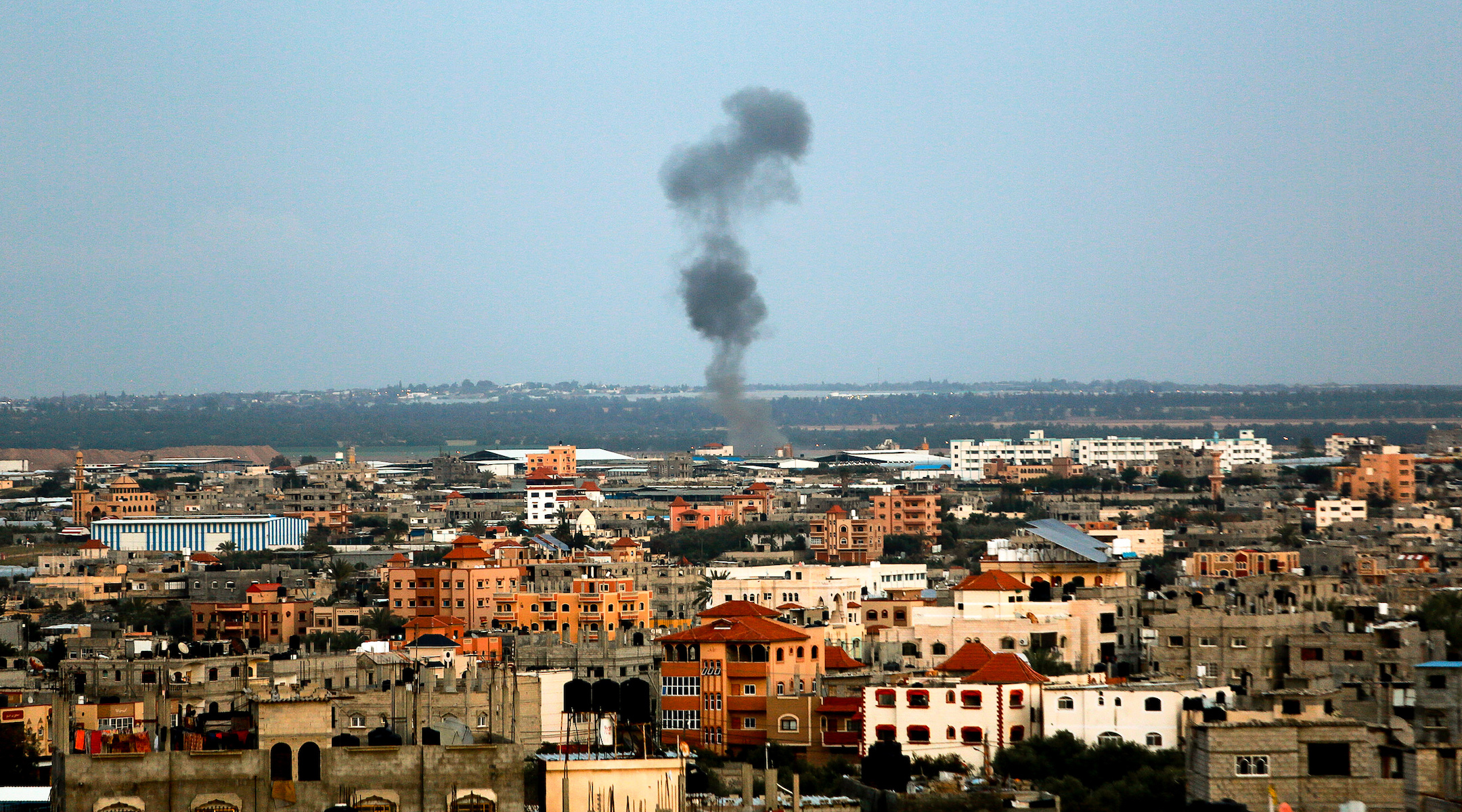 JERUSALEM (JTA) — Israel likely will have to go to war with Gaza, Benjamin Netanyahu said.

“There probably won’t be a choice but to launch an operation, a war with the terror forces in Gaza,” Netanyahu said during an interview with the Kan public broadcaster on Thursday morning.

“We have a basic situation of a terror group that has taken over and launches rockets, that doesn’t control errant factions even when it wants to. Hamas understand where they are headed, but can’t stop. Because they can’t, there will be no choice but to enter a war,” he said.

He called a ground war a “last resort,” however.

He also said he would not base his policy toward Gaza on tweets from political rivals.

“Israel’s citizens know very well that I act responsibly and reasonably, and we will start an operation at the right time, which I will determine,” Netanyahu, who also serves as defense minister, said.

Rockets have been fired from the Gaza Strip at southern Israeli several times over the last week. Israel has held Hamas, which has controlled Gaza since 2007, responsible for the attacks. No terror group has taken responsibility.

Israel has fought three wars with Gaza since then.

He rejected criticism from his political rivals that he ran scared after rocket sirens sounded while he was giving a campaign speech in Ashdod.

“I was calm and collected, I spoke quietly to the people in the audience and told them to evacuate,” Netanyahu said. “I wouldn’t stand there like some kind of macho, telling everyone to stand still with me so we can all get hit by a missile.”