Netanyahu to skip UN General Assembly due to ‘political circumstances’ 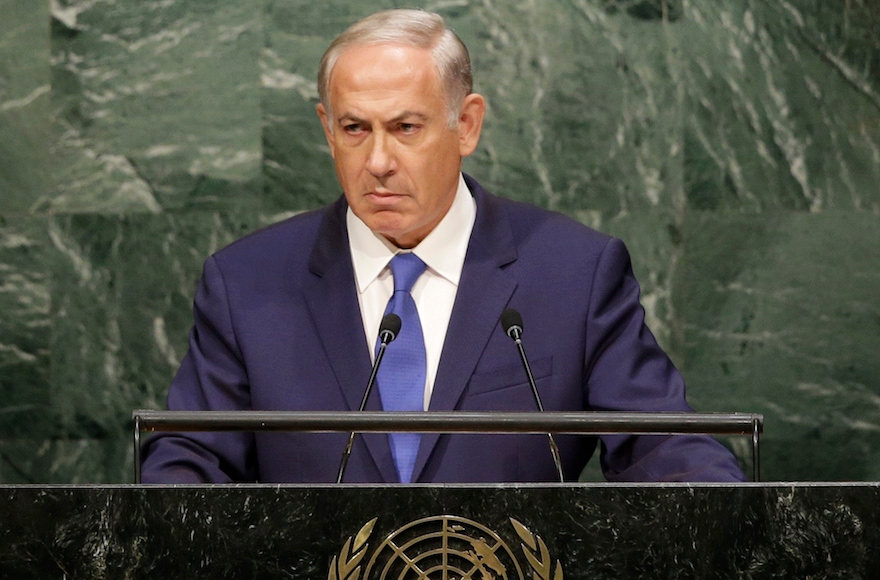 JERUSALEM (JTA) — Israeli Prime Minister Benjamin Netanyahu will not travel to New York to deliver a speech to the United Nations General Assembly due to “political circumstances,” his office said.

It will be the first time in eight years that Netanyahu will miss the meeting. He has attended every year since he became prime minister in 2009, except for 2010.

Netanyahu was scheduled to speak on Sept. 26, the third and final day of the Assembly. The day before, however, the Central Elections Committee is scheduled to present the final certified results from Tuesday’s election to President Reuven Rivlin. Rivlin will then announce who he has chosen to try to form a government — a difficult time for Netanyahu to be away from the country.

Netanyahu also is scuttling a meeting on the General Assembly sidelines with President Donald Trump. Trump tweeted Saturday that he would meet with the prime minister to discuss a potential mutual defense treaty with Israel.

Palestinian Authority President Mahmoud Abbas will speak on the same day that Netanyahu was scheduled to address the world body.

….between our two countries. I look forward to continuing those discussions after the Israeli Elections when we meet at the United Nations later this month!