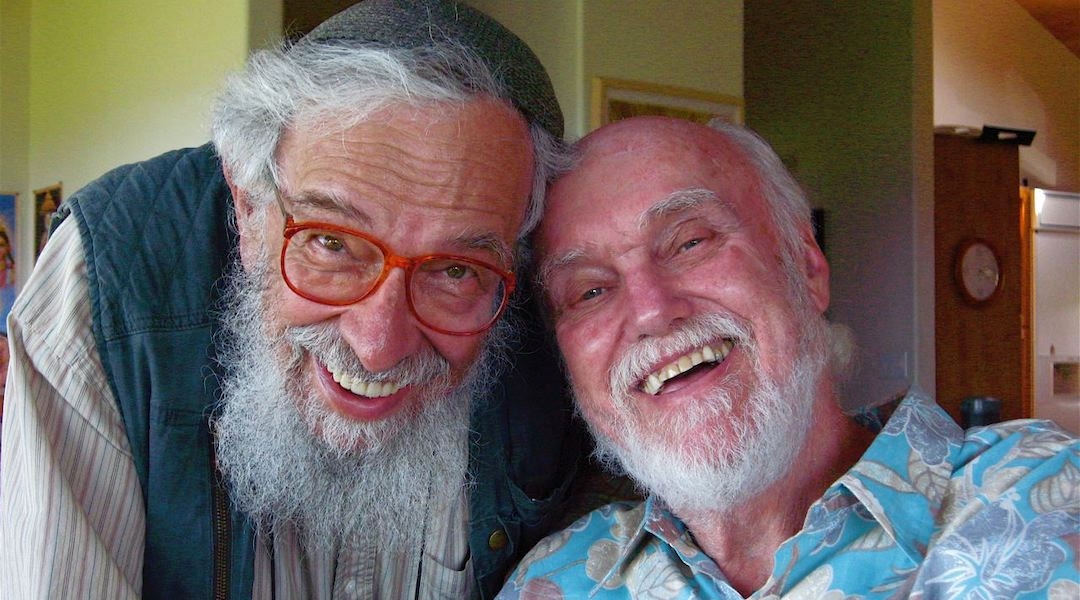 (JTA) — Richard Alpert, the spiritual seeker better known as Baba Ram Dass who first came to prominence as a confederate of the controversial LSD proponent Timothy Leary, has died.

Albert, who was raised in a Jewish family in suburban Boston, died at his home in Maui on Sunday. His death was announced Tuesday on his Instagram page. He was 88.

He found the Judaism of his youth spiritually empty. His father, George, was a well-known lawyer who helped found Brandeis University.

Alpert first encountered Leary as a professor at Harvard University, where he held twin appointments in education and psychology. Leary had done research on the psychoactive chemical psilocybin, which at the time was being considered as a treatment for multiple ailments, and he administered a dose to Alpert and the poet Allen Ginsberg in 1961.

Both Alpert and Leary were fired eventually by Harvard, but continued their experimentation with psychoactive drugs. After traveling to India in the 1960s, Alpert became for a time a long-bearded, white-robed spiritual teacher — accoutrements he would later shed. His 1971 book “Be Here Now” became a classic of New Age spirituality and helped establish him as a spiritual teacher of international renown.

“Now I felt that I was born a Jew for some reason and I am wanting to find out why,” Alpert said in a 1973 lecture in Berkeley, California. “But every time I get near people who would like to tell me why, the vibration of the reason they want to tell me somehow turns me off. It’s often that a Jewish rabbi will come along and want to get me to recognize my Judaism but their desire is not pure – there is something in them, what it is I don’t know …”

Despite his estrangement from Jewish practice, Alpert maintained a longtime association with Rabbi Zalman Schachter-Shalomi, the father of the Jewish Renewal movement, who died in 2014. A 1976 Rolling Stone article describes how the pair met after Schachter-Shalomi sought out Alpert in an effort to draw him back to the Jewish fold.

“Zalman,” Alpert said, “you and I have great love for one another, but I’m not sure we have any work to do together.”