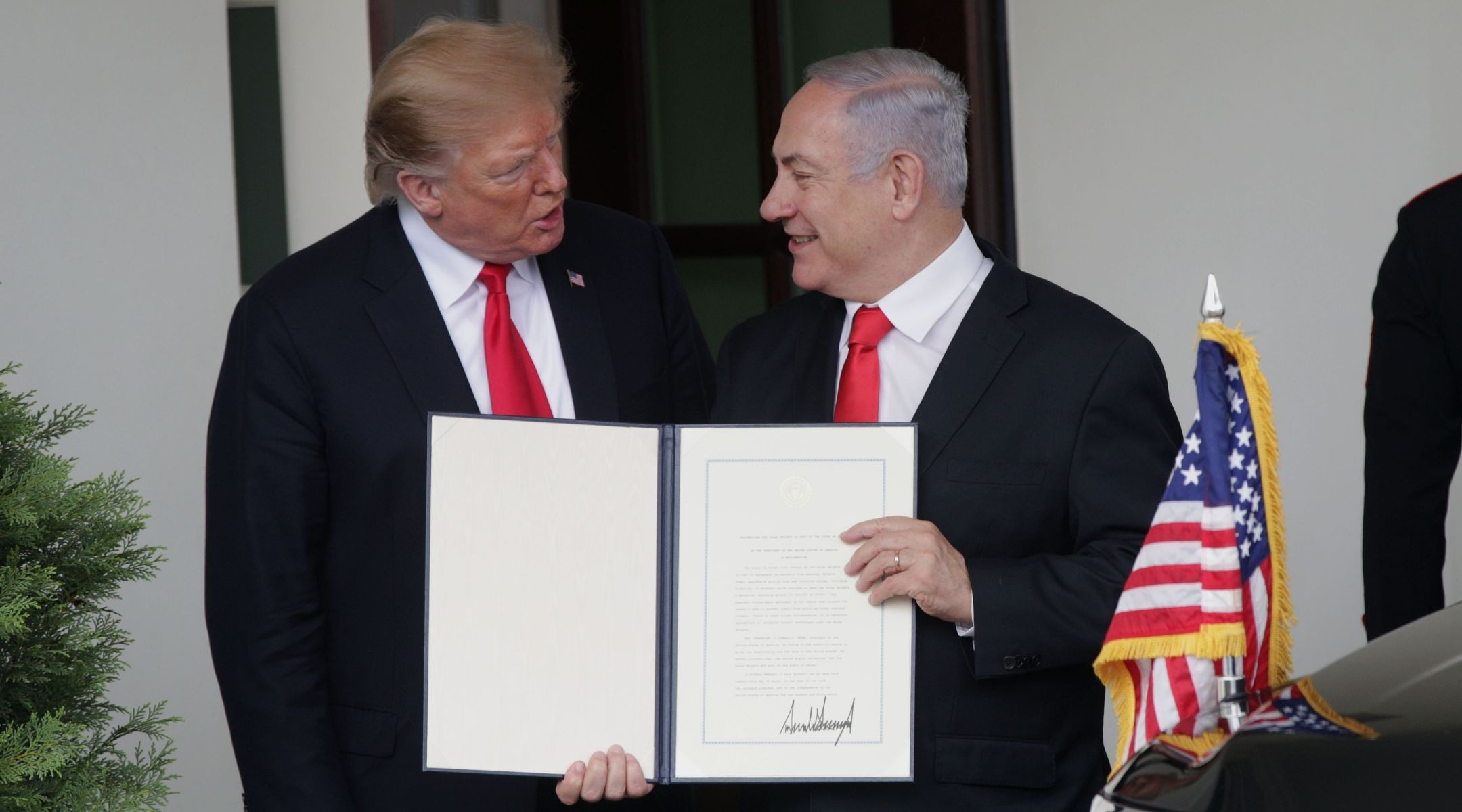 The announcement Tuesday comes a month after the U.S. president signed a proclamation recognizing Israel’s sovereignty over the strategic heights, which Israel captured from Syria during the Six-Day War in 1967 and annexed in 1981. The United States is the first country to recognize the Golan as part of Israel.

In a video message posted to YouTube Netanyahu said: “I’m here on the beautiful Golan Heights. All Israelis were deeply moved when President Trump made his historic decision to recognize Israel’s sovereignty over the Golan Heights. Therefore, after the Passover holiday, I intend to bring to the government a resolution calling for a new community on the Golan Heights named after President Donald J. Trump.”

Netanyahu, his wife, Sara, and their two sons spent Tuesday touring the Golan Heights, the Prime Minister’s Office said in a statement.