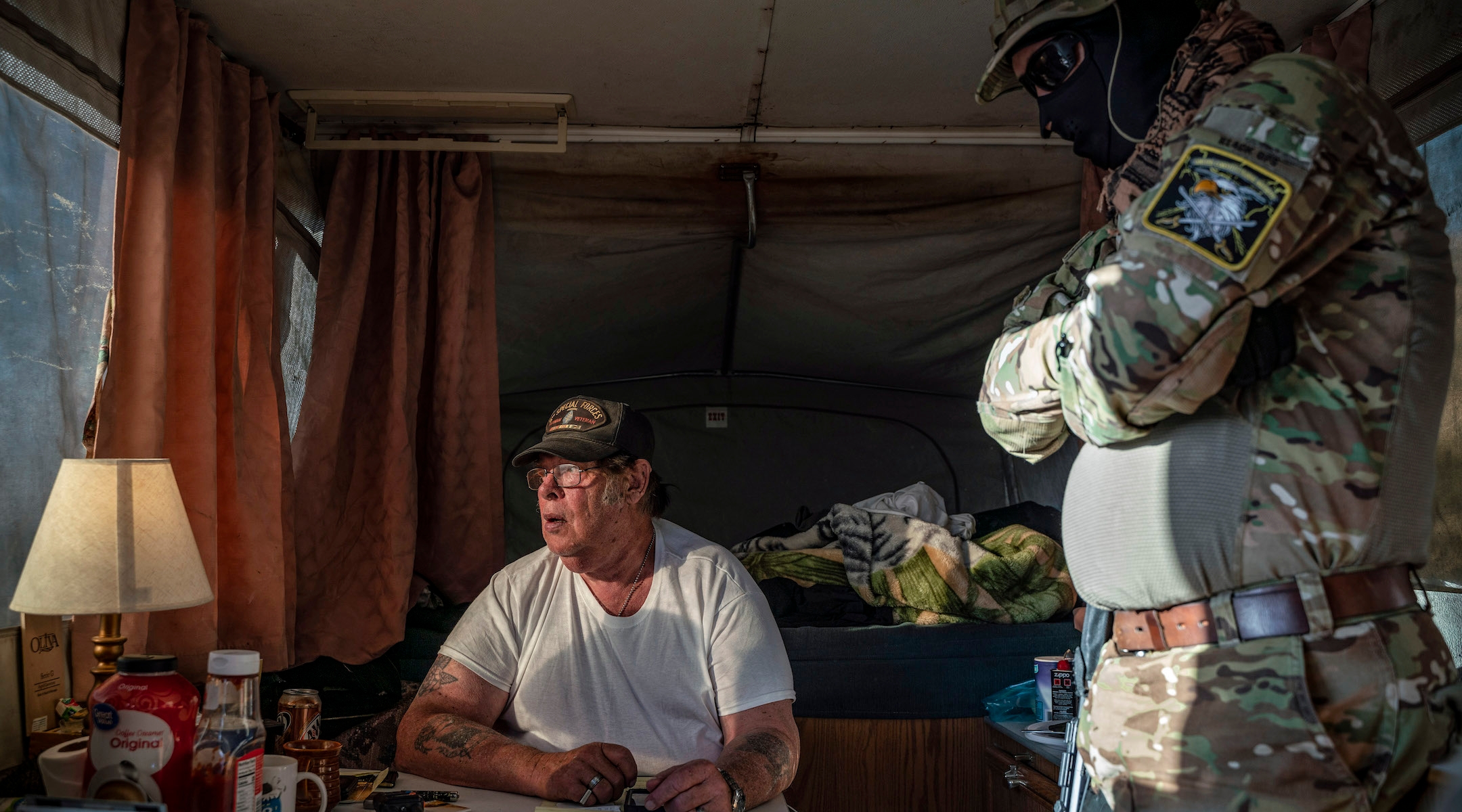 (JTA) — A New Mexico militia group that has been patrolling the U.S.-Mexico border and detaining would-be migrants was “training to assassinate George Soros, Hillary Clinton, and Barack Obama,” the FBI said.

Larry Hopkins, the leader of the United Constitutional Patriots, was arrested last week on 2017 weapons charges. His group has come under fire for stopping the migrants who cross into the United States illegally.

An FBI agent who was invited into Hopkins’ home in 2017 said in a sworn deposition that Hopkins stated that his group was training for the assassinations in response to the targets’ support of Antifa, or anti-fascist activists, The Associated Press reported, citing the criminal complaint filed  Monday.

At the time of the threat, Hopkins had at least nine weapons in his home, including an AK-47 assault rifle, according to the FBI agent.

Hopkins, 69, was arrested Saturday, and remains in custody pending an April 29 detention hearing in Albuquerque.

If convicted on the weapons charges, Hopkins faces 10 years in prison, according to the FBI.

On Tuesday, the militia group left its post in the New Mexico desert near the border following an order by local law enforcement.

Soros, a Holocaust survivor and philanthropist who funds liberal and pro-democracy causes, has been a frequent target of the far right in the United States and abroad. It often invokes anti-Semitic tropes to exaggerate his influence in politics and economic affairs.