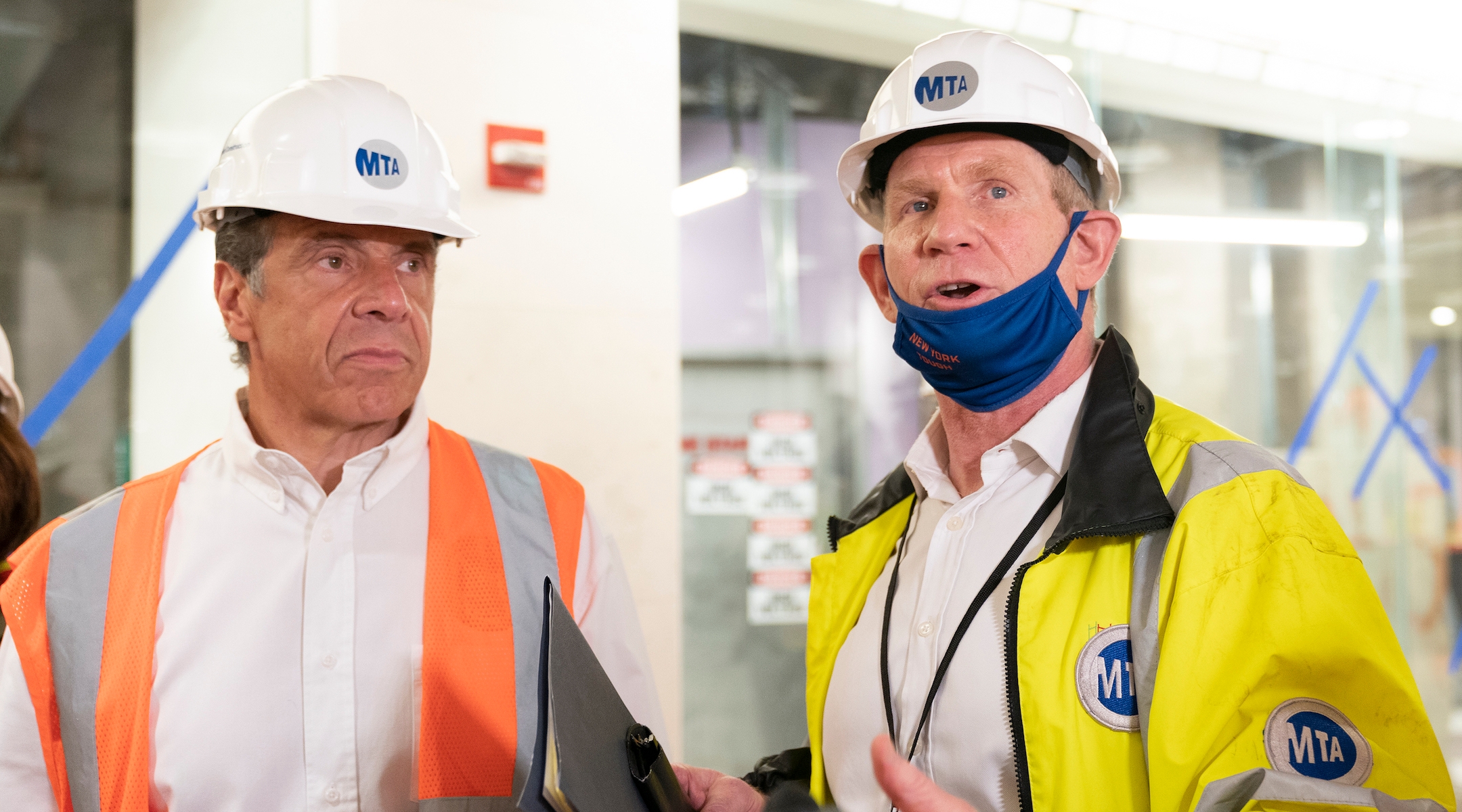 (JTA) — The new chief executive of the New York area’s vast transit system is the son of a Hebrew book publisher.

John Nathan Lieber, who goes by Janno and currently serves as the Metropolitan Transportation Authority’s chief development officer, will take over as chief executive, overseeing the subway system’s operations.

Gov. Andrew Cuomo announced his picks to head the troubled MTA on Tuesday.

Lieber is the son of the late Charles Lieber, who served as president of the Hebrew Publishing Company and chairman of the Reconstructionist Foundation, a founding organization of what today is Reconstructing Judaism. Lieber is married to Amy Glosser, a past president and current board member of the Hannah Senesh Community Day School in Brooklyn.

Cuomo also announced that Sarah Feinberg, the interim head of the MTA’s subway and bus operations, will become its chair. Feinberg would be the first woman to head the organization.

The two executives, who must be confirmed by the State Senate, would be taking over the MTA as the system attempts to crawl out of a slump in daily riders during the pandemic. According to Gothamist, the subway lost 90% of its riders at its lowest point during the pandemic as workers stayed home during lockdown. Both Feinberg and Lieber have worked at the MTA and in other transportation-related roles for years.

“I have no prediction on when ridership comes back to pre-pandemic levels of moving millions of people every single day,” Feinberg told Jewish Insider in March. “But it will come back in ways that people probably can’t fathom right now because that’s who we are.”