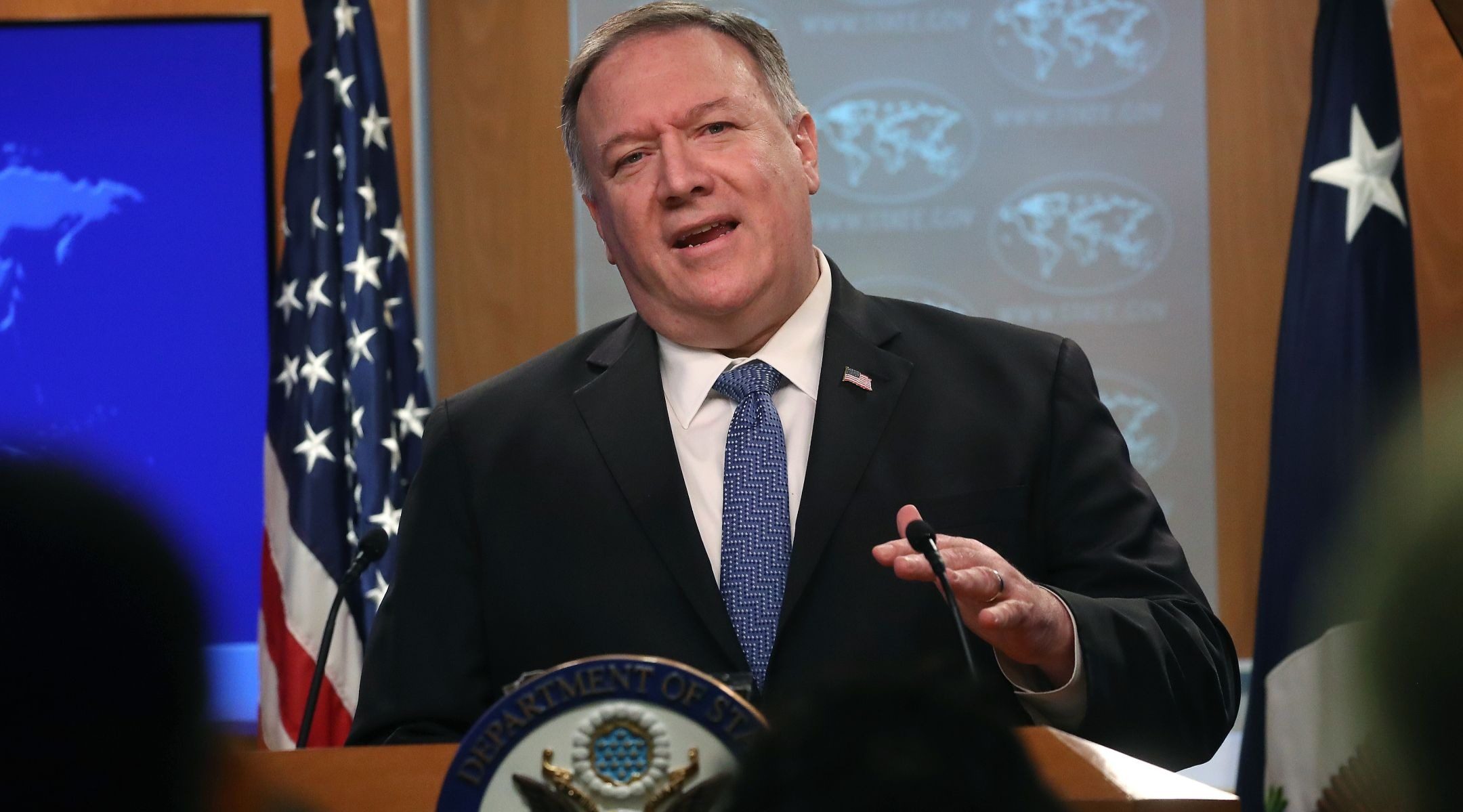 (JTA) — New U.S. sanctions on Iran, which target 18 Iranian financial institutions and penalize non-Iranian institutions who deal with them, effectively cut the Middle Eastern country off from the world finance system.

The sanctions deprive “the Islamic Republic of Iran of funds to carry out its support for terrorist activities and nuclear extortion that threatens the world,” Secretary of State Mike Pompeo said in a statement.

The sanctions effectively cut off Iran from world markets because of the preeminence worldwide of the U.S. dollar.

Pompeo’s statement said there are exemptions for humanitarian assistance, but critics say that non-Iranian companies will be wary of dealing in any capacity with Iran because of the sanctions.

The Trump administration left the Iran nuclear deal, which traded sanctions relief for a rollback of Iran’s nuclear program, in 2018. The White House says the intensifying sanctions are a more effective means of limiting Iran’s bad behavior in the region and the development of its nuclear program.

The United States’ erstwhile partners in policing the 2015 deal have said that so far the increased isolation that the United States has tried to impose on Iran has done nothing to decrease its adventurism, and has in fact resulted in an acceleration of its nuclear program.

Iran’s foreign minister, Javad Zarif, said on Twitter that the sanctions will “blow up our remaining channels” to get medicine at a time when Iran has been especially hard hit by the coronavirus pandemic, and said “culprits and enablers” will face justice, but did not elaborate.