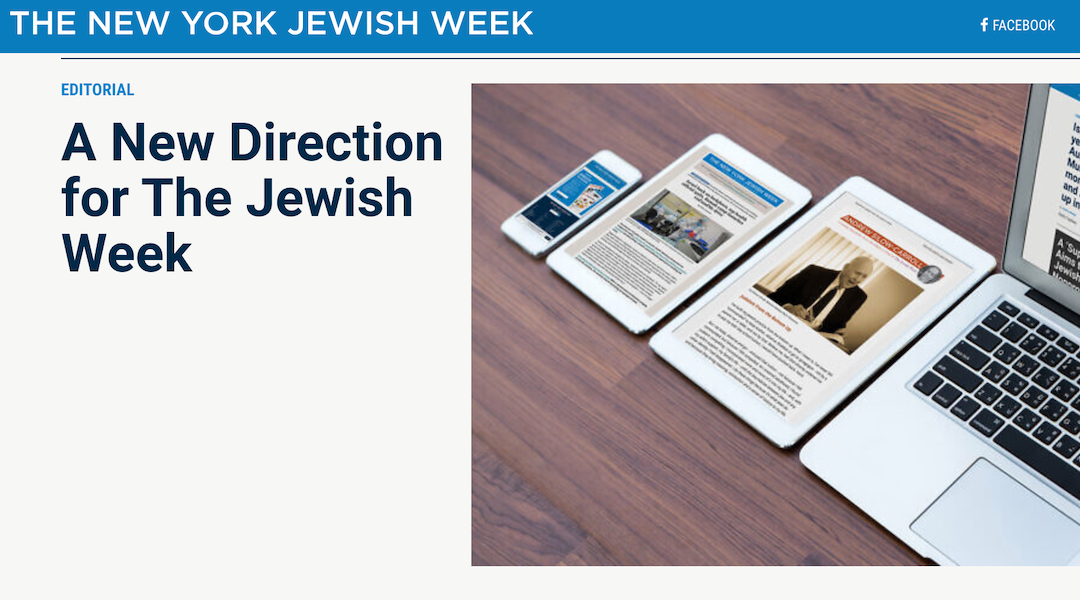 (JTA) — The New York Jewish Week said it will put its print edition on hiatus as it transitions to a “digital-first model.”

The last print edition of the 50-year-old weekly — at least for now — is scheduled for July 31, according to an announcement published Tuesday on The Jewish Week website.

The move is in part due to the financial effects of the coronavirus crisis “and how it has hurt our bottom line and that of our advertisers,” said the announcement signed by Kai Falkenberg, board president of the Jewish Week Media Group, and Andrew Silow-Carroll, the paper’s editor in chief.

“As so many of our loyal readers have discovered in the past few months, life online offers opportunities for engagement, flexibility and information-sharing that can’t be matched by print products, even daily ones,” they also wrote.

The announcement asked the paper’s “loyal readers” to “be more proactive in accessing and sharing the wealth of content available on our website.”

The newspaper said its special programs, including Public Forums, Write On For Israel, The Conversation and Fresh Ink for Teens, will continue.

The Jewish Week also will be closing its Midtown Manhattan office, in the heart of Times Square, this month.

Canada’s flagship national Jewish newspaper of record, the Canadian Jewish News, became a coronavirus casualty in April after being in print for 60 years. But unlike The Jewish Week, the weekly did not maintain an internet version.