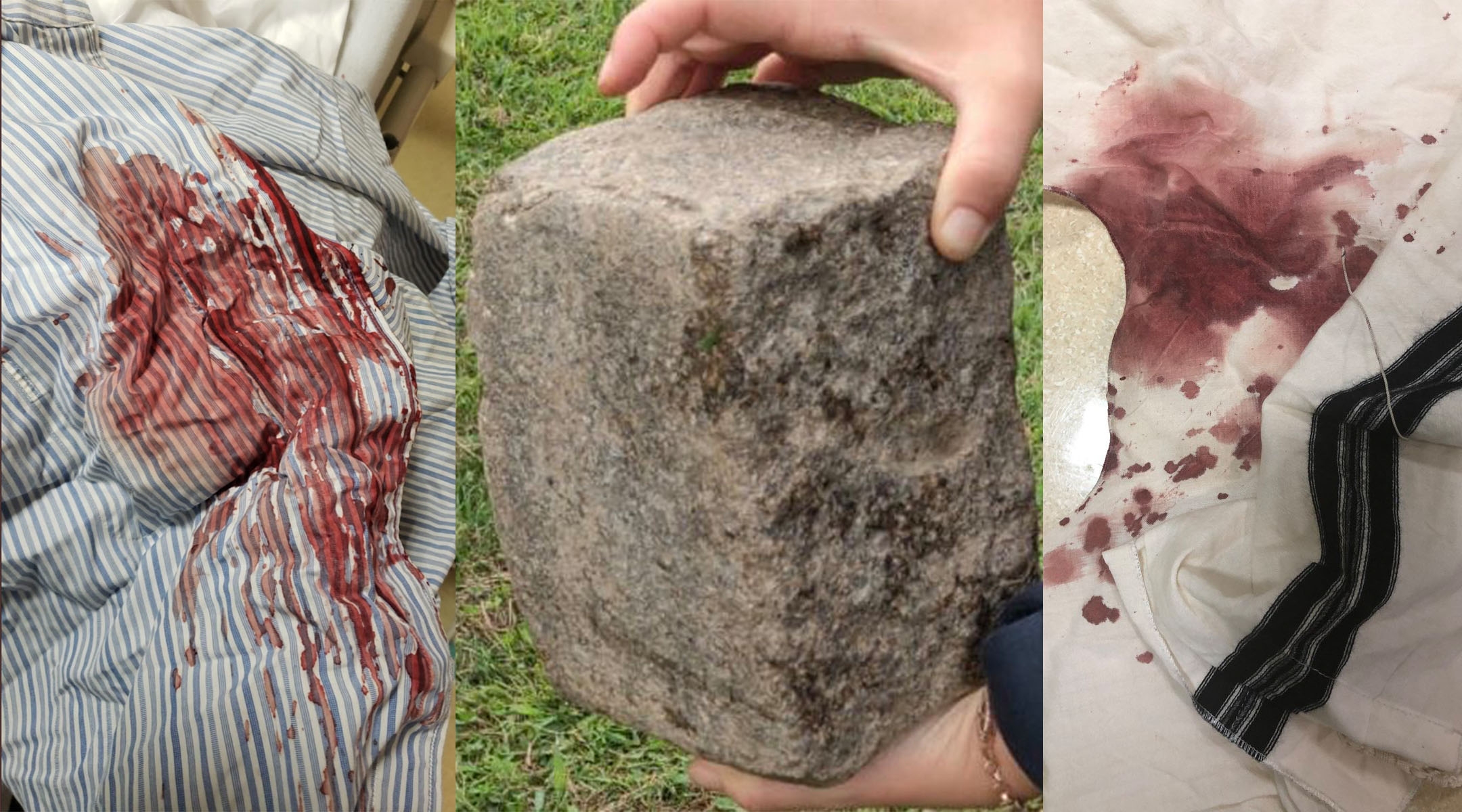 A 64-year-old Hasidic resident of Brooklyn was bloodied with this brick in an attack being investigated by police as a hate crime. (Screenshots from Twitter)
Advertisement

(JTA) — Police have arrested a man they accuse of beating a rabbi with a large rock in Brooklyn.

Oniel Gilbourne, 26 was attested on Thursday. He faces charges of assault as a hate crime and criminal possession of a weapon, PIX11 reported.

Abraham Gopin, 64, a father of 10 and grandfather, was attacked on the morning of August 27 while jogging in Lincoln Terrace Park.

The assailant allegedly yelled a Jewish slur at him and threw a rock in his direction, but missed. Gopin then confronted the rock thrower, who started punching him, and then hit him square in the face with a paving stone.  He lost two front teeth and suffered a broken nose, according to reports.

Gopin, who is identifiably Jewish with a long beard and a kippah on his head, has told several New York news outlets that he thought the assailant wanted to kill him.

As of Aug. 25, New York police were investigating 145 anti-Semitic crimes, most of them in Brooklyn, compared to 88 from the same time period last year, the New York Daily News reported.