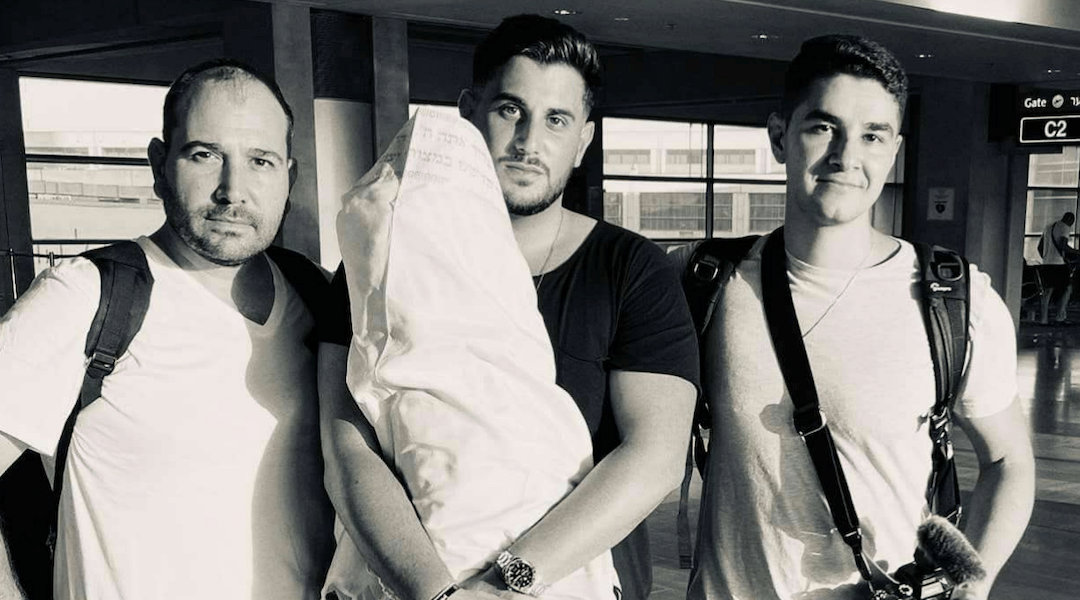 From left: Edouard David Benaym, Rudy Rochman and Andrew Leibman pose with the Torah scroll before their trip to Nigeria. (Courtesy of We Were Never Lost)
Advertisement

(JTA) — Three Jewish filmmakers who were detained by Nigerian security forces nearly three weeks ago have been released and returned to Israel.

Rudy Rochman, Andrew Leibman and Edouard David Benaym were in Nigeria as part of their work on a documentary about far-flung African Jewish communities. They were in area that is home to the Igbo people and is the focal point of a separatist movement. A Jewish activist is leading the movement, which has entangled the local Jewish population.

The filmmakers have said their work is apolitical and has no connection to the rebellion.

They had brought the Jewish community a Torah scroll. They said that activists shared images of the gift and misrepresented them as showing support for the separatist movement.

On July 9, Nigerian security forces arrested the trio, who were held in Abuja, Nigeria’s capital, until Wednesday. They arrived in Israel the following day. The local U.S., French and Israeli embassies had advocated on their behalf.

In a statement posted Wednesday to Instagram, the filmmakers said they “were caged and held for 20 days in horrendous conditions, locked into a small cell, sleeping on the floor with no access to showers or clean clothes.” Following five days of captivity, they were able to receive three meals a day from the local Chabad.

They said in the statement that a local Igbo Jewish woman had been arrested along with them and detained separately.

“Although the team cannot continue their filming of Igbo Jewish life in Nigeria, their mission is not over and the story will be told,” the statement said.