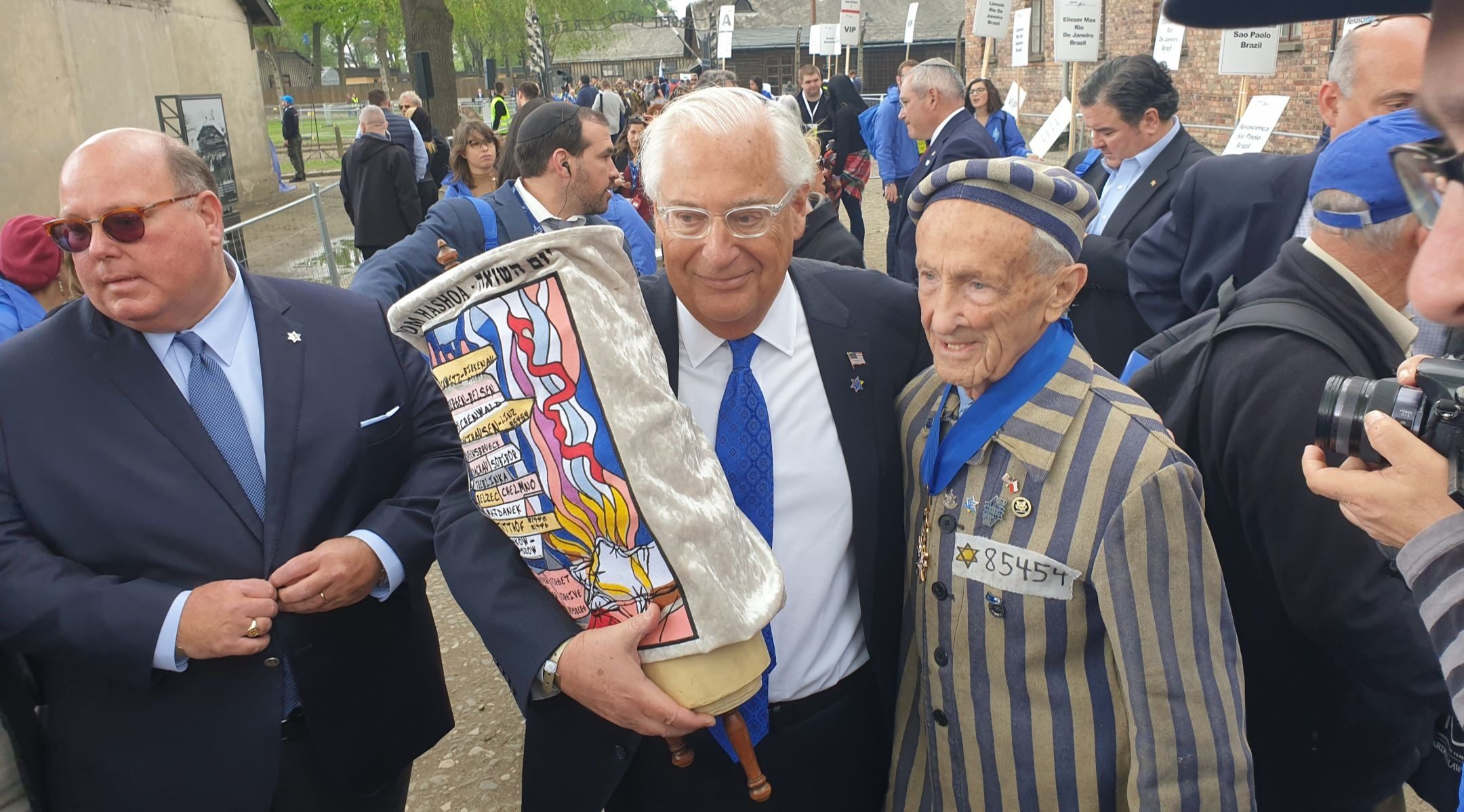 U.S. Ambassador to Israel David Friedman with prominent New Jersey Holocaust survivor Ed Mosberg at the March of the Living at Auschwitz-Birkenau on May 2, 2019. (Cnaan Liphshiz)
Advertisement

Mosberg, a 93-year-old survivor of three concentration camps and honorary president of the From the Depths commemoration group, was referring to remarks made earlier this year by Transportation Minister Israel Katz. Katz, echoing the late former Israeli premier Yitzhak Shamir, said that the Poles “suckle anti-Semitism with their mothers’ milk.”

Shamir had apologized for the statement. Katz has not.

“I told the president not to visit Israel until that stupid idiot, minister Israel Katz, apologizes for saying that Poles take in anti-Semitism with their mother’s milk,” Mosberg said Thursday at the Auschwitz concentration camp complex in Poland, where he was participating in the March of the Living commemorative event.

Katz’s quote deepened an ongoing crisis in Israel’s relations with Poland, which soured last year after the passing by the Polish government of a law criminalizing blaming the Polish nation for Nazi crimes. Israeli Prime Minister Benjamin Netanyahu protested the law, which the Israeli government said risks limiting historical research of the Holocaust, including collaboration by some Poles.