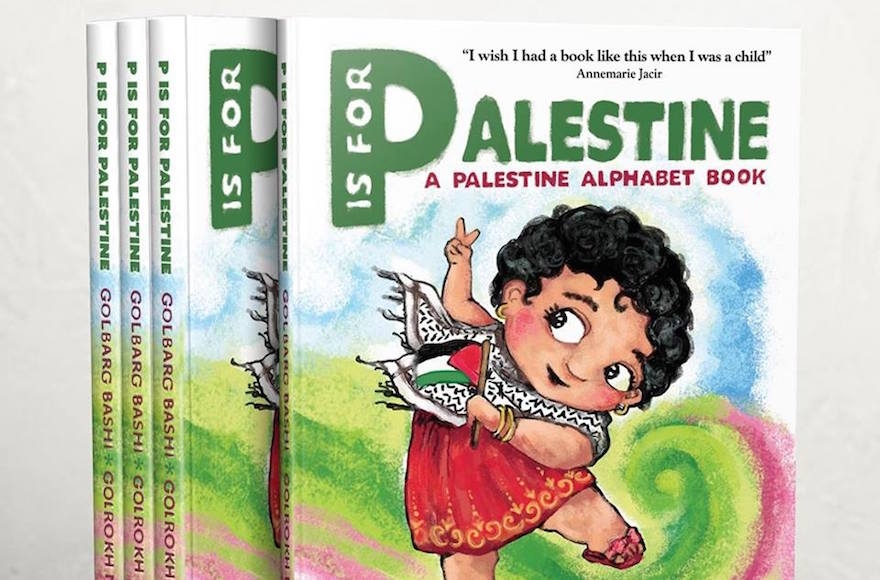 (JTA) — A public reading and talk at a New Jersey library by the author of the children’s book “P is for Palestine” went forward amid protests outside after being postponed in May due to objections from the local Jewish community.

Four adults and three children attended the event Sunday at the Highland Park Public Library, the Bridgewater Courier News reported. All were reported to be members of the Jewish community in the Central Jersey town.

Approximately 125 people protested the reading as 10 supporters of the alphabet book also demonstrated, according to the report. Critics of the book say it glorifies violence, notably a two-page spread on the intifada, uprisings from the late 1980s and early 2000s.

A local resident, Lisa Ben-Haim, was among those who protested the reading, saying it “promotes anti-Semitism and the BDS movement.”

“We feel enough is enough,” she said.

The Iranian-born author, Golbarg Bashi, is a supporter of the Boycott, Divestment and Sanctions movement against Israel. Bashi has said “intifada” encompasses a broader and largely nonviolent Palestinian cultural resistance.

After the library postponed its May reading, it canceled a public hearing over objections to the book, citing safety and crowd control, and then announced it would reschedule the event.