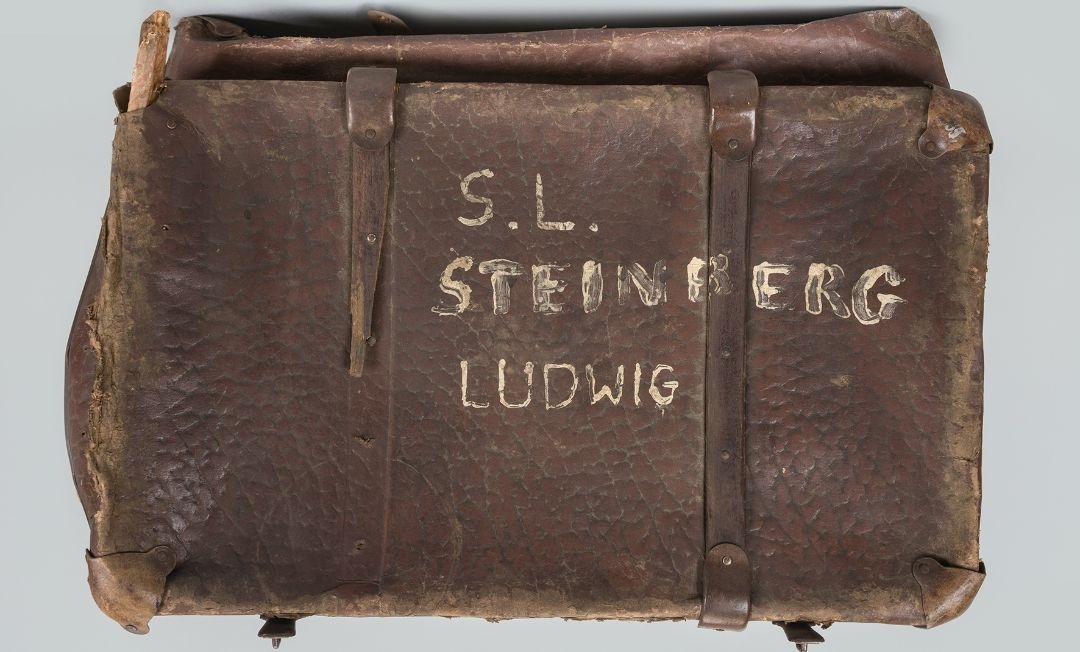 Ludwig Steinberg's suitcase found in storage at the Auschwitz museum has been matched with his young son's shoe. (Auschwitz-Birkenau State Museum)
Advertisement

(JTA) — A note found in a child’s shoe at the Auschwitz museum this summer has led researchers to a suitcase that likely belonged to the child’s father.

Steinberg’s name was written on the suitcase as was his transport number. Relatives living in Israel came forward with more information, according to the museum.

Steinberg moved to Israel in 1949, changing his name to Yehuda Shinan. He was a teacher and principal, and worked as a cantor in several synagogues. He died in 1985 and is survived by six grandchildren and 14 great-grandchildren.

“I am deeply grateful to the Steinberg family for the information they have given us and for supplementing our knowledge,” said Piotr Cywinski, the museum director. “With this gesture, objects inextricably linked to Auschwitz lose the anonymity weighing down on them — sometimes unbearable — and acquire a deeper, individual significance. As an object of great documentary value, the shoe is proof of the suffering of a particular person, and along with thousands of other objects that we preserve at the Auschwitz-Birkenau Memorial, evidence of the genocide that took place here.”