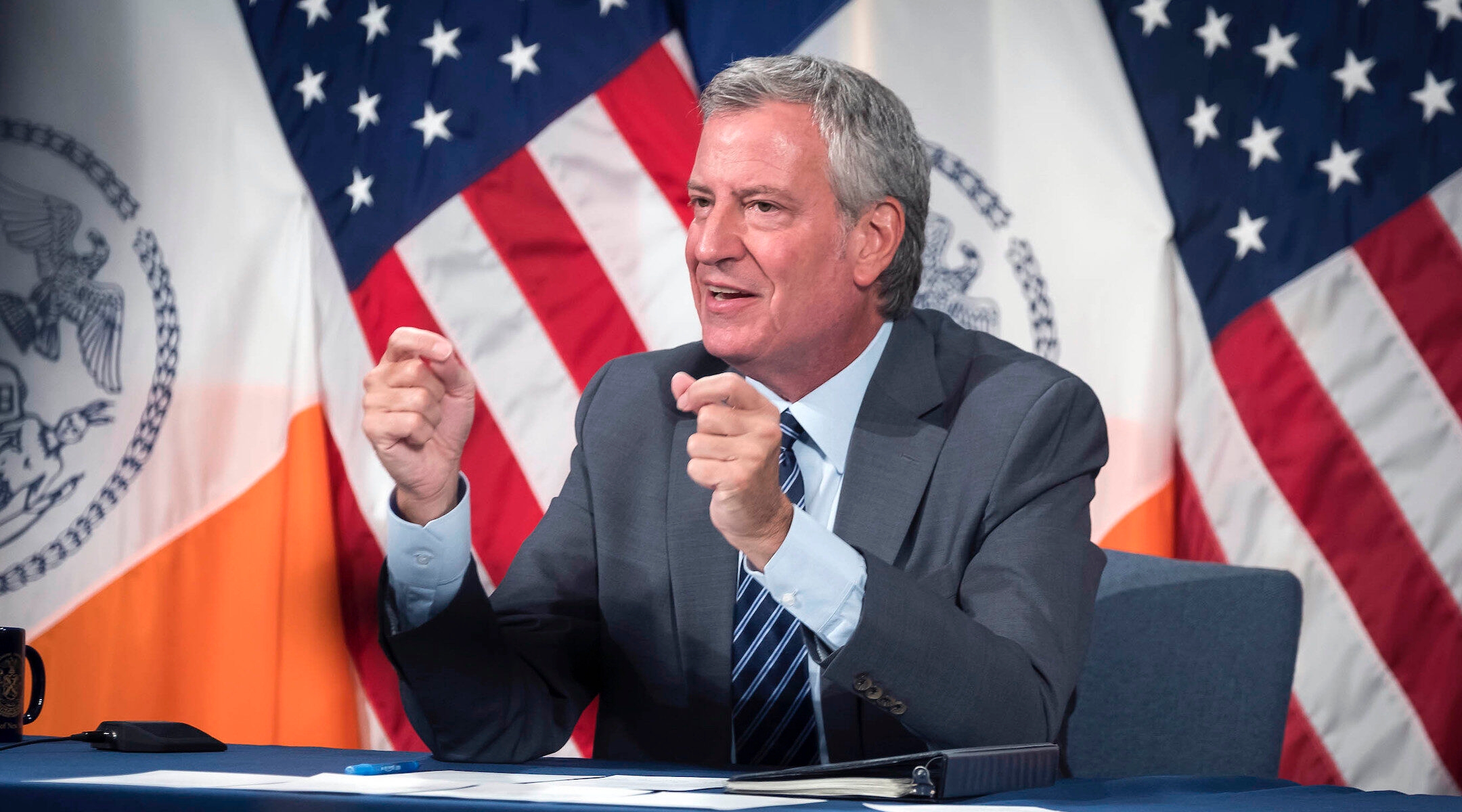 (JTA) — New York City Mayor Bill de Blasio joined critics of Ben & Jerry’s, saying Tuesday that he “will not be eating any more Cherry Garcia for a while,” referring to a popular flavor of the ice cream brand.

De Blasio’s remarks came a day after the Ben & Jerry’s parent company, Unilever, announced that it would not sell its ice cream in “occupied Palestinian territory.”

That decision set off a storm of criticism in Israel, including angry statements from its prime minister and foreign minister. Although the decision targets only sales in the West Bank, opponents of the boycott movement, or BDS, say any economic pressure on Israel is harmful to its interests.

De Blasio was responding at a morning news briefing to a question from a reporter who reminded him that he is on record as an opponent of BDS.

“That’s sad to me,” the Democratic mayor said of the company’s decision. “BDS is a movement that will undermine peace in the Mideast. It’s as simple as that. You cannot have peace if you undermine the economic reality and create divisions. I just believe that’s absolutely the wrong approach and Ben and Jerry shouldn’t be doing that.”

De Blasio also noted that Israel has a new government, with “a potential for a different path forward” — presumably one less hardline than the former government led by Benjamin Netanyahu.

On Monday, the Jewish Community Relations Council of New York also was critical of Ben & Jerry’s, urging Unilever “to reject this decision, to disavow the [boycott Israel] movement and to invest in programs that bring Israelis and Palestinians together to build an atmosphere of peace and cooperation. Peace will only be achieved through dialogue, not boycotts.”

A number of New York-area retail outlets, including the Jewish-owned supermarket chain Morton Williams, said they would limit or halt sales of the ice cream.