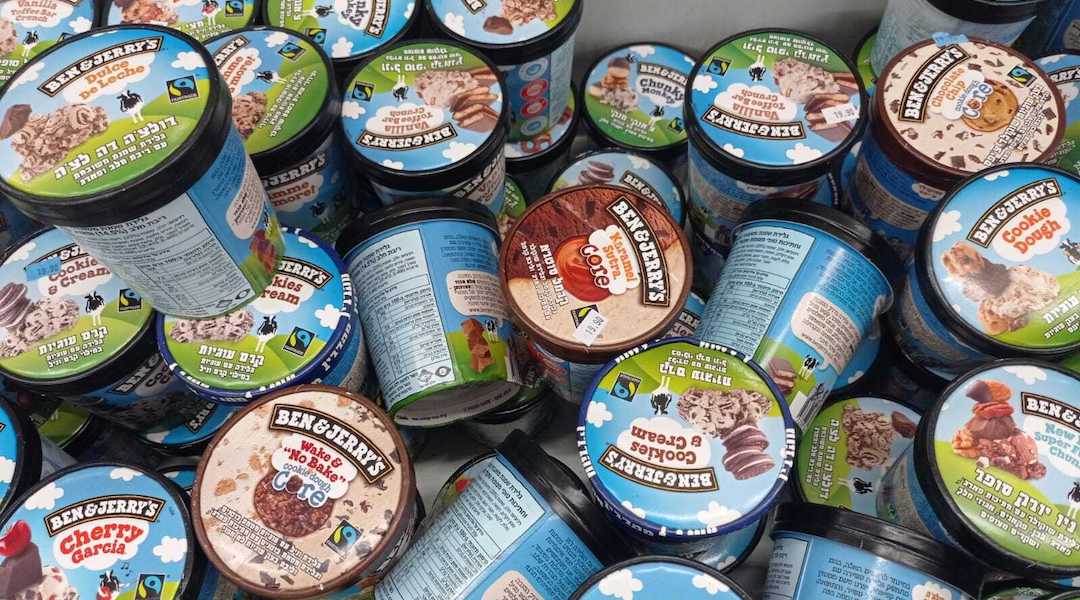 The Vermont-based ice cream brand said it would continue operating in Israel, suggesting that it is planning to pull its products from stores located in Israeli settlements in the West Bank.

“We believe it is inconsistent with our values for Ben & Jerry’s ice cream to be sold in the Occupied Palestinian Territory,” the company said. “We also hear and recognize the concerns shared with us by our fans and trusted partners.”

Ben & Jerry’s announced the decision on its social media accounts Monday, breaking an uncharacteristic two-month silence that began during the recent conflict between Israel and Hamas in Gaza.

The move makes Ben & Jerry’s one of the most high-profile companies to refuse to do business in the settlements. It also means that the company declined demands to engage in a broader boycott of Israel.

A subsidiary of the British conglomerate Unilever, Ben & Jerry’s said it would allow its controversial contract with a licensee that manufactures the brand’s ice cream at a facility in Israel proper and distributes it in the region to lapse next year. The company said it would maintain a presence in Israel, where its ice cream is popular, “through a different arrangement” to be unveiled in the future.

Ben & Jerry’s Israel, the company licensed to produce and distribute Ben & Jerry’s ice cream in Israel, tweeted after the announcement that it had refused to accept a demand from the American company to stop distributing its products in settlements. “This is an unprecedented action by Unilever, owner of Ben & Jerry’s Worldwide,” it said. “Ice cream is not part of politics.”

Known for its embrace of progressive politics in its marketing strategy, Ben & Jerry’s has long been a prime target of the movement to boycott Israel as a strategy to change Israeli policies that its advocates say harm Palestinians.

Among the countless brands owned by Unilever, Ben & Jerry’s is uniquely vulnerable to such pressure because of a special provision that grants it independence from the larger company. The sale to Unilever in 2000 tasked a special board of directors with preserving the ice cream brand’s “social mission” and gave it the power to override certain corporate decisions to do so.

As protests and violence engulfed Israel in May, scores of users flooded the social media pages of the ice cream brand with criticism and calls to boycott the country. Ben & Jerry’s could not promote its flavors without being bombarded by political messages.

Ben & Jerry’s critics, who have been lobbying it to stop selling in Israel for nearly a decade, said they counted the settlements boycott as a win but still hoped to see the company exit Israel completely in the future.

Ben & Jerry’s is not the first company to decline to do business in settlements: Notably, McDonald’s has a longstanding policy of not operating in the West Bank. The vacation rentals booking site AirBNB in 2018 barred users from advertising rooms in settlements, then reversed the decision earlier this year amid a lawsuit by American pro-Israel activists.