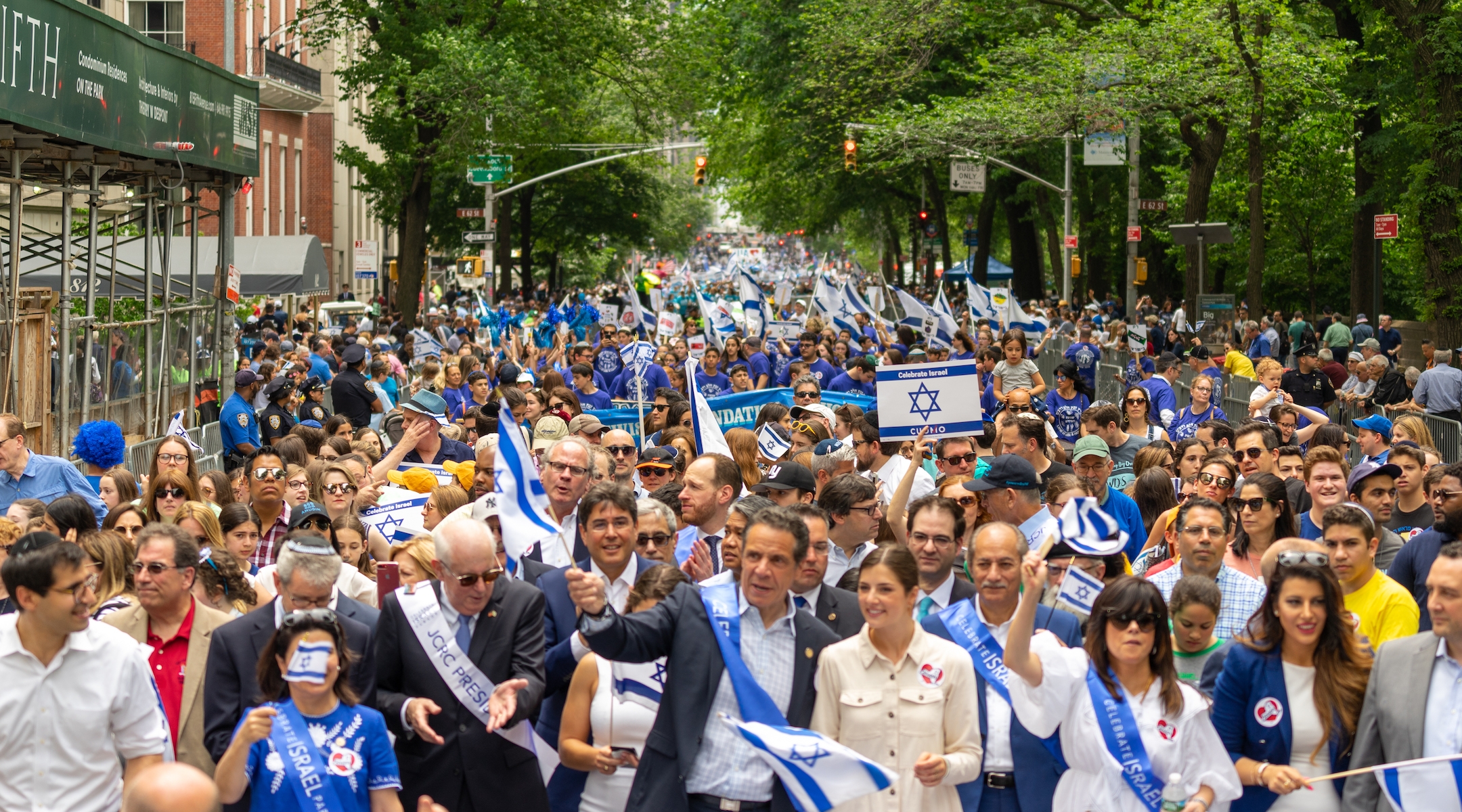 (JTA) — First, the coronavirus moved one of the world’s largest demonstrations of support for Israel online. Now, the Celebrate Israel parade is being delayed to make time for New York Jews to hear from black leaders about racism.

The Jewish Community Relations Council of New York has postponed the parade, originally set for June 7, “[i]n recognition of the protests occurring across the country and in memoriam of George Floyd and the many other victims of racism and hate in America.”

In its place, the JCRC announced Friday that it would hold “An Online Conversation on Racism in America” on Zoom. “This virtual gathering will provide an opportunity for Jews and non-Jews alike to hear messages from prominent Black community leaders in New York,” the council said in a press release.