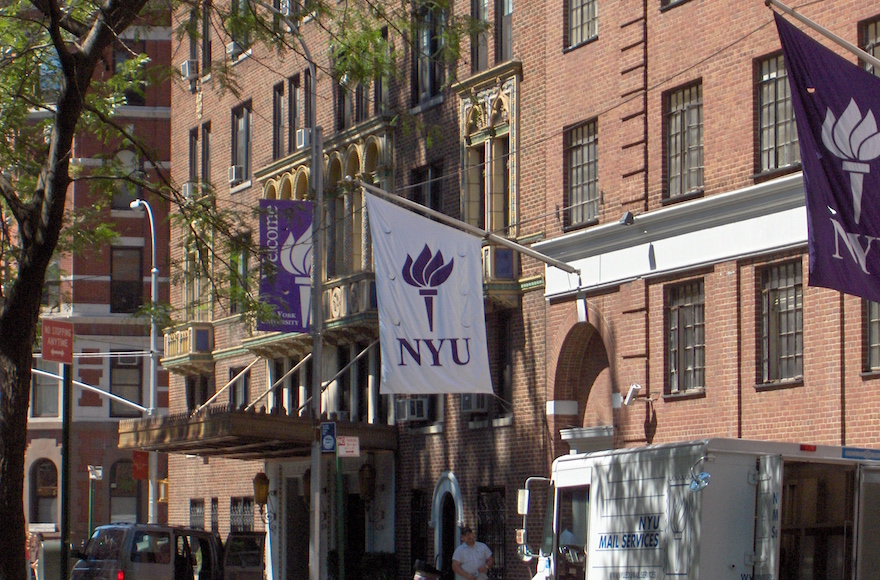 NEW YORK (JTA) — New York University’s student government has passed a resolution calling on the school to divest from companies with Israel ties.

The university said it opposes the resolution and would not be moving ahead with it.

In a secret ballot Thursday, the measure passed with 35 votes in favor and 14 against, along with 14 abstentions.

It calls on the university to divest from three companies — Caterpillar, General Electric and Lockheed Martin — that the resolution says has ties to the Israeli military, as well as “any other companies involved in the violation of Palestinian human rights and human rights globally.”

Members of the university’s Student for Justice in Palestine chapter introduced the resolution, which was co-signed by 61 student groups and 35 faculty members.

University spokesman John Beckman said in a statement that the resolution “is at odds with the Trustees’ well understood position that the endowment should not be used for making political statements.”

He also said that implementing the resolution would also face challenges “on an operational level,” since investments are made through funds controlled by financial managers.

The pro-Israel group StandWithUs condemned the resolution, calling it “discriminatory” and “hateful.”

Earlier this year, more than 50 student groups at NYU signed a resolution supporting BDS and pledging to boycott campus and off-campus pro-Israel groups. In October, more than 30 student groups co-signed an open letter to Hamilton saying they would not cooperate with the NYU Tel Aviv program.

At nearby Barnard College, the student body voted in April to ask the administration to divest from eight companies doing business with Israel.