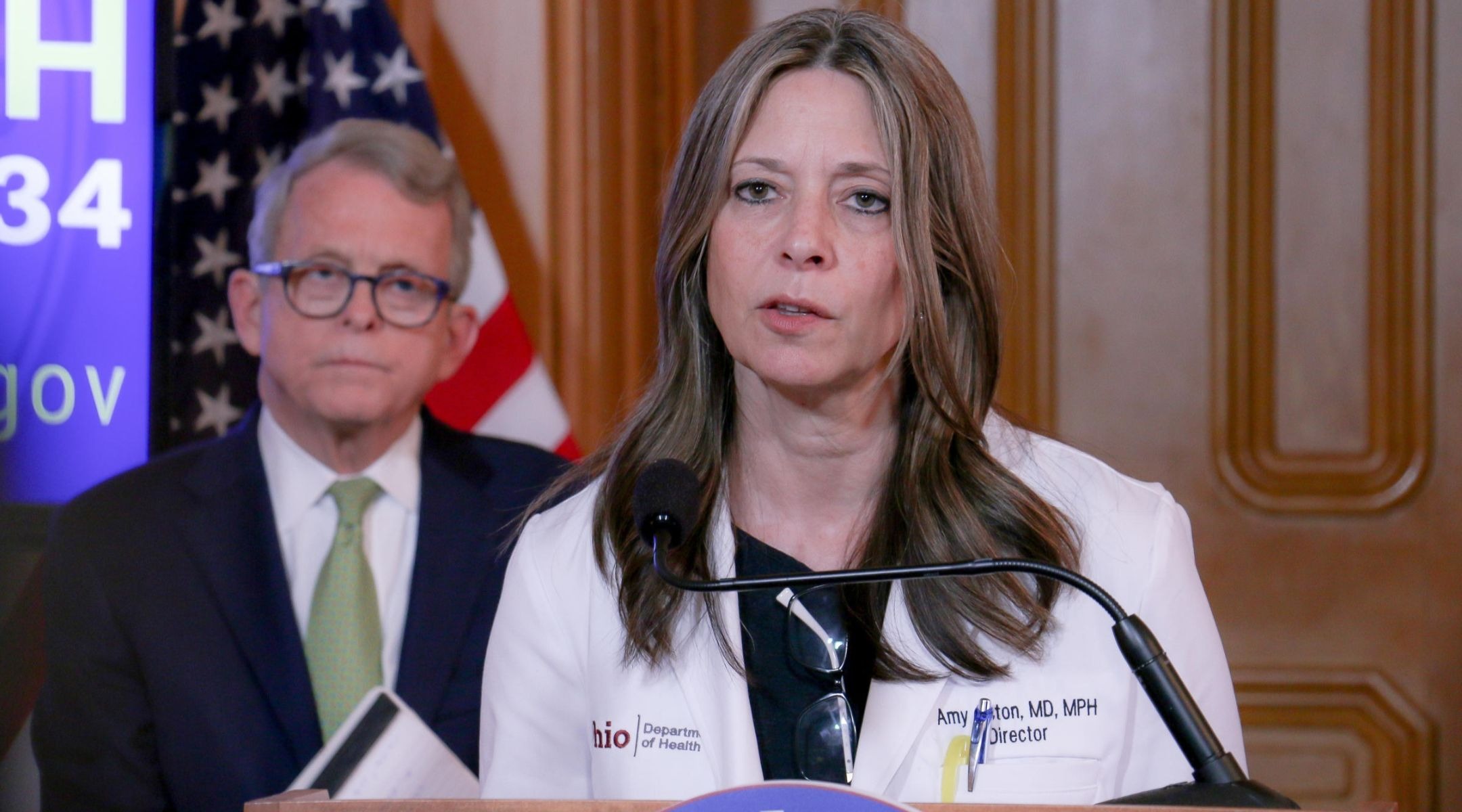 In a Facebook post on Friday, Rep. Nino Vitale said the director, Amy Acton, was denying state residents their human rights by extending a stay-at-home order until May 29.

“Your basic human rights of life, liberty and the pursuit of happiness do not come from an unelected Globalist Health Director, who signed the order in the dark of night. Your basic human rights are inalienable and cannot be bought, sold, traded or taken from you,” Vitale wrote in a post on Facebook on Friday and in a letter to supporters.

Vitale’s Facebook page has since become unavailable, but in a note on his campaign website Vitale said “it appears web search engines and web relays are currently banning my Facebook page.”

In a statement, the Cleveland office of the Anti-Defamation League urged Vitale to apologize for using the term, which recalls the anti-Semitic stereotype that a Jewish cabal secretly controls the world.

“Whether Rep. Vitale purposely invoked anti-Semitism or not, we strongly urge him to remove that term from his vocabulary, and to issue an apology to Dr. Acton and the entire Jewish community. ADL is willing and able to provide Rep. Vitale, and all elected officials, training on anti-Semitism,” the ADL wrote on Facebook.

Vitale’s statement comes a week after the wife of an Ohio state senator compared Acton’s support for the idea of issuing certificates to people who had proven immunity to COVID-19 to Nazi Germany. The senator, Andrew Brenner, later apologized to Acton and the Jewish community.