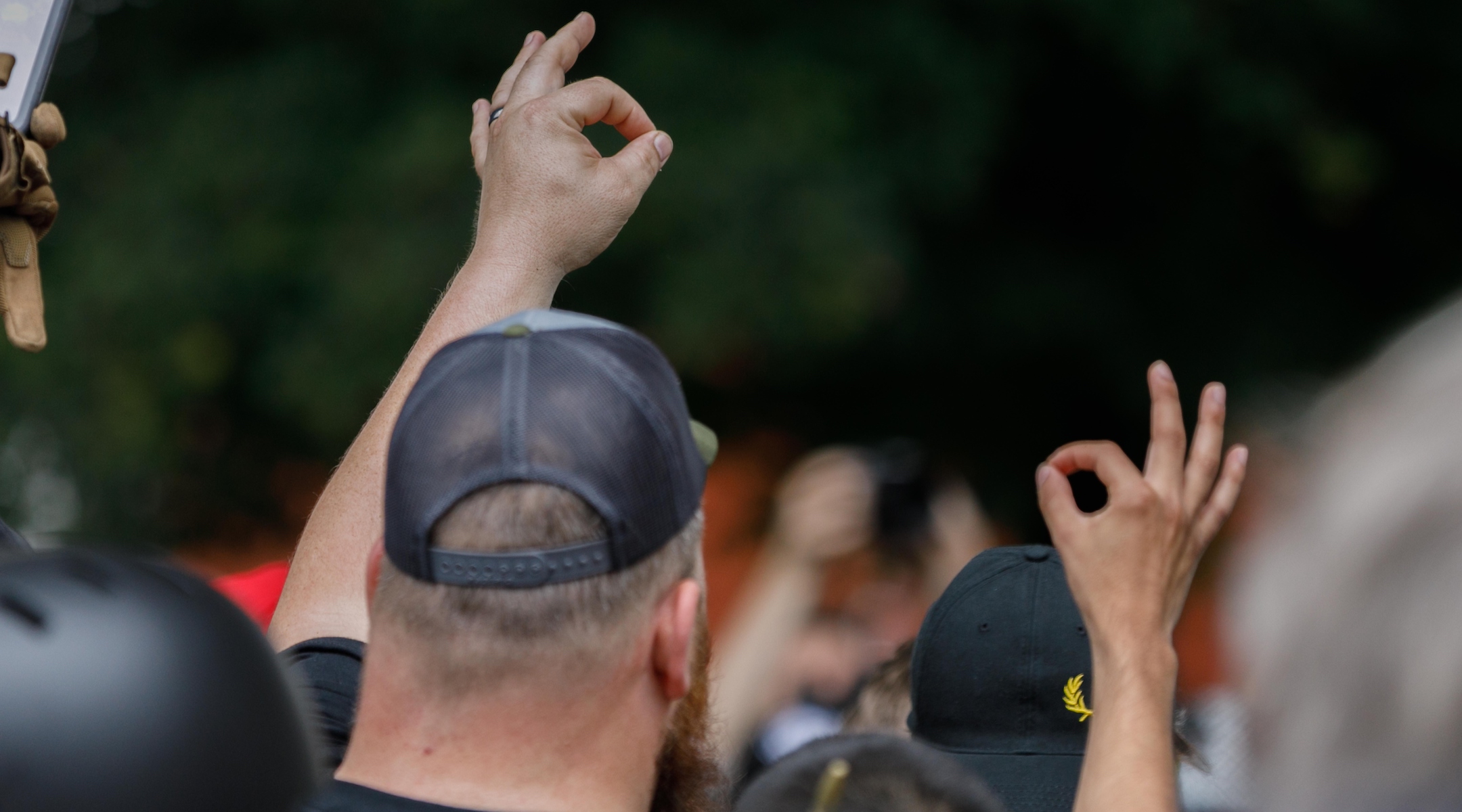 (JTA) — The OK hand gesture and the bowlcut hairstyle are among 36 new entries to the Anti-Defamation League’s online listing of hate symbols.

The OK gesture began as a hoax but became a symbol of white supremacy, according to the ADL. It was flashed in court by the man accused of killing 51 people at two mosques in Christchurch, New Zealand, in 2019. The bowlcut is associated with Dylann Roof, who was convicted of killing nine African-Americans at a church in Charleston, South Carolina, in 2015.

Other new entries include the Happy Merchant meme, which depicts a drawing of a stereotypical-looking Jewish man greedily rubbing his hands together, and “Anudda Shoah,” a phrase that became popular with white supremacists in 2014 who claim Jews bring up the Holocaust, or Shoah in Hebrew, when confronted with anything they don’t like.

Also included are the logos of various hate groups, including the neo-Confederate white supremacist League of the South; the neo-Nazi National Socialist Legion; the Rise Above Movement; the Patriot Front; and the American Identity Movement, successor to Identity Evropa.

“These are the latest calling cards of hate,” said Mark Pitcavage, senior fellow in ADL’s Center on Extremism and an expert on hate symbology. “While some hate symbols are short-lived, others take on a life of their own and become tools for online trolling. We pay special attention to those symbols that exhibit staying power as well as those that move from online usage into the real world.”

Such symbols have appeared at white supremacist events such as the “Unite the Right” rally in Charlottesville. The slogans and symbols also frequently appear online in venues such as 4chan, 8chan and Reddit. Some have also spread into other more popular mainstream platforms such as Twitter and Facebook, or gaming platforms.

ADL created the Hate on Display symbols database in 2000 as part of its effort to track hate groups.