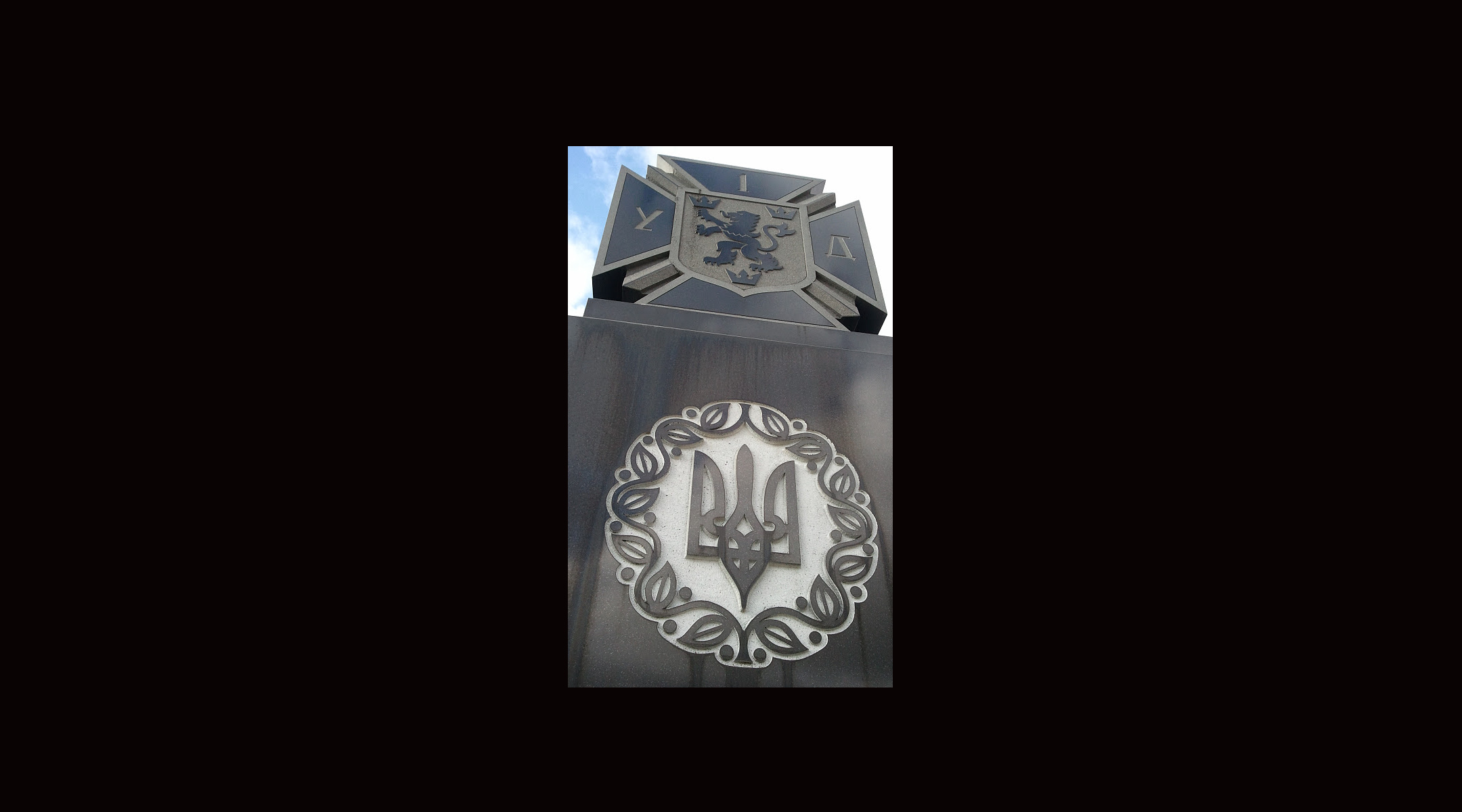 The monument honoring the 1st Ukrainian Division of the Ukrainian National Army, known as the Waffen-SS "Galicia" Division, in an Ontario cemetery was vandalized in June 2020. (Wikipedia)
Advertisement

(JTA) — Police in Ontario have apologized for treating the vandalism of a monument commemorating a World War II Ukrainian army unit that worked for the Nazis as a hate crime.

On June 22, someone spray-painted the words “Nazi war monument” on a monument honoring the 1st Ukrainian Division of the Ukrainian National Army, known as the Waffen-SS “Galicia” Division, in a private Ukrainian cemetery in Oakville. The Halton Regional Police said at the time that the incident was being investigated as a “hate motivated offense.”

But after an incredulous response, the police clarified their position, saying that they had been concerned that the graffiti represented a hate crime against Ukrainians, not Nazis, and the local police chief called for the monument to be taken down.

“At no time did the Halton Regional Police Service consider that the identifiable group targeted by the graffiti was Nazis,” the clarification said. “We regret any hurt caused by misinformation that suggests that the service in any way supports Nazism.”

The Friends of the Simon Wiesenthal Center for Holocaust Studies, a Canadian group, praised the police for changing their approach.

“Any monument which venerates soldiers who fought for Hitler’s genocidal regime is nothing less than a blight and insults the memory of Canadian soldiers who made the supreme sacrifice during WWII on behalf of the freedoms we all hold dear,” Rabbi Meyer May, the group’s executive director, said in a statement.