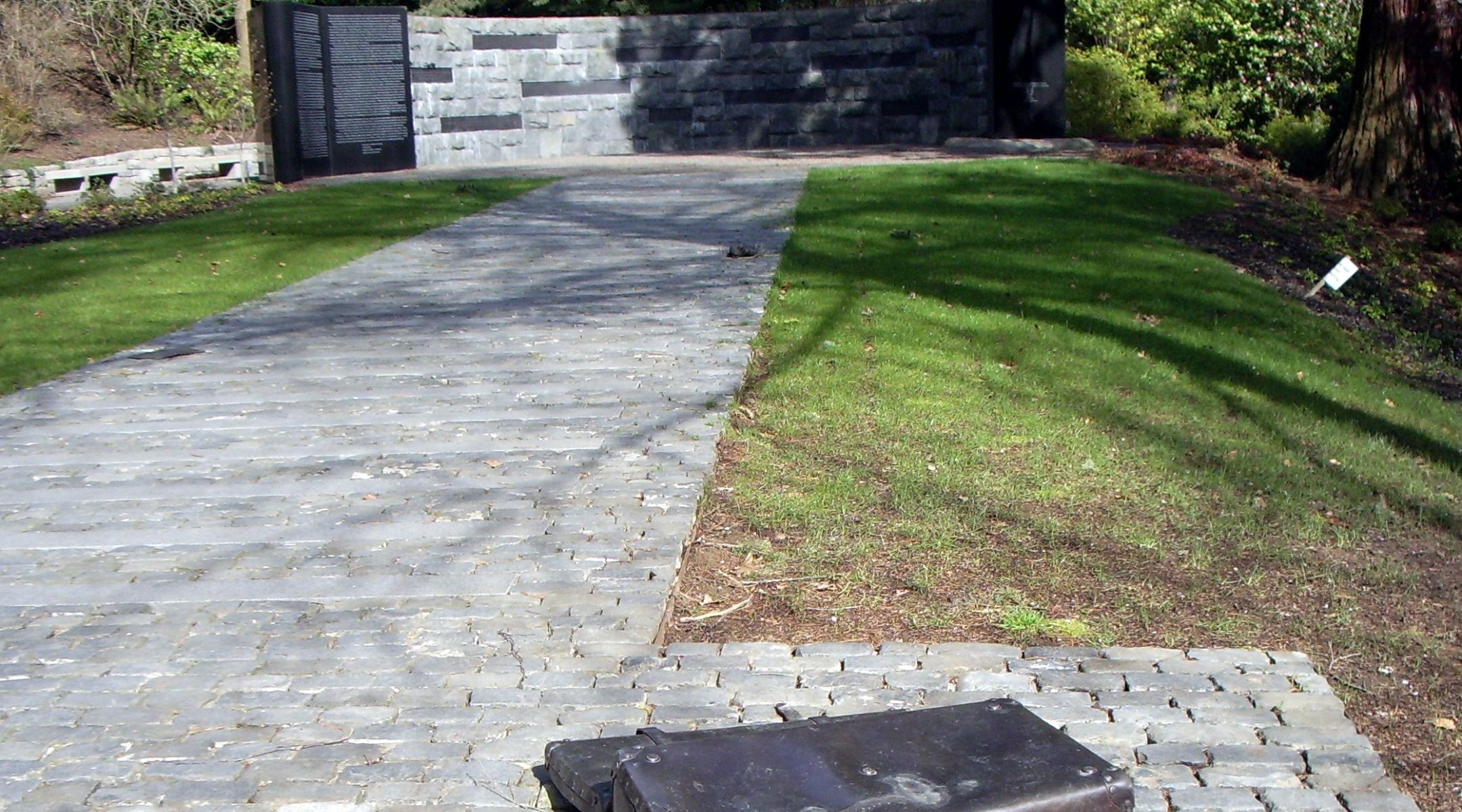 Everyday items like this suitcase symbolize life interrupted in the Holocaust Memorial in Portland. This photo was taken in 2006. (Wikimedia Commons)
Advertisement

(JTA) — A Holocaust memorial in Portland, Oregon, was defaced with swastikas and antisemitic slurs.

Police discovered the vandalism over the weekend covering a wall of the memorial in the Washington Park neighborhood and appearing elsewhere near the memorial, the local NBC affiliate KGW reported. There are no suspects.

The memorial was created by Holocaust survivors who lived locally and includes names of their family members who perished in the war, Judy Margles, the director of the Oregon Jewish Museum and Center for Holocaust Education, told the news station.

“It’s very twisted. It’s very visceral, I have to say, when you hear about something — I think my whole body just went numb,” Margles said, describing her reaction when police alerted her to the vandalism on Sunday.

“The damage to the Oregon Holocaust Memorial is heartbreaking, and it’s particularly painful that it happened during Jewish American Heritage Month,” Wheeler said on Twitter. “I denounce hate crimes, anti-Semitism, and white supremacy.”